In the latest transfer news, Premier League side Arsenal are close to completing the loan signing of Dani Ceballos from LaLiga giants Real Madrid. 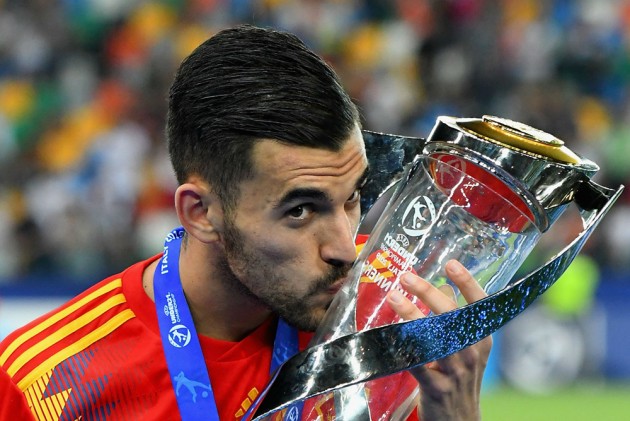 Arsenal's quiet transfer window seems to be about to spark into life.

Widespread reports on Monday claimed Dani Ceballos is on the verge of joining the Gunners on loan from Real Madrid.

William Saliba could follow him to Emirates Stadium by the end of the week, too.

Arsenal are close to completing the loan signing of Dani Ceballos from Real Madrid.

AS report the midfielder could head to London on Tuesday for a medical, with Marca saying the 21-year-old is excited about the prospect of spending a season under Unai Emery.

Various UK media outlets have also stated Ceballos is not far from finalising a deal, while the BBC's David Ornstein says Saint-Etienne defender William Saliba could follow him to north London before the week is out.

- Barcelona are to open talks with Lionel Messi to try to extend his contract beyond 2021, according to ESPN.

- Jiangsu Suning have joined Chinese rivals Beijing Guoan in the race for Real Madrid outcast Gareth Bale but must offer wages of £1million per week, reports the Telegraph.

- Fotosport in Turkey say Galatasaray have made an approach to sign Fred on loan from Manchester United.

- Inter are still eager to sign Romelu Lukaku and have offered Manchester United a choice of €78m or €55m plus winger Ivan Perisic, FCInternews.it suggests.

- Ademola Lookman is expected to arrive in Germany in the next 36 hours to finalise a transfer from Everton to RB Leipzig, say Sky Sports.

- Atletico Madrid are likely to earn a total of €57m when Angel Correa finalises his move to AC Milan, Sky Sport Italia say.

- Juventus head coach Maurizio Sarri is pushing the Serie A champions to sign Tottenham full-back Danny Rose, according to the Daily Mail.