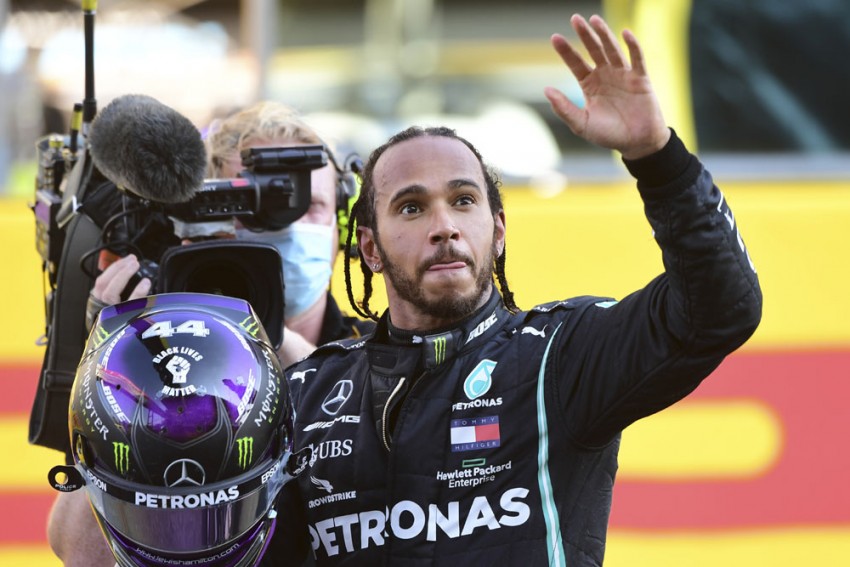 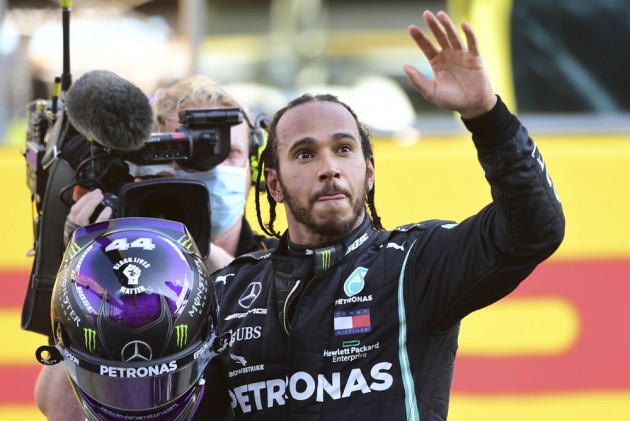 After a dramatic win by Pierre Gasly in Monza last week at a race that included a red flag, there were two this time around – the first time that has happened in Formula One since Brazil in 2016.

Amid the chaos caused by multiple crashes - the safety car came out three times - Bottas was in prime position to win after overtaking Hamilton at the start.

But the Briton, who also claimed the fastest lap, fought back to win for the sixth time this season, with Verstappen's retirement on lap one ensuring he holds a dominant position in the drivers' standings.

There was some consolation for Red Bull as Alex Albon claimed his first career podium in third, with Daniel Ricciardo, Sergio Perez and Lando Norris rounding out the top six.

In a dramatic start, Bottas surged past Hamilton while Verstappen suffered a power issue and fell back through the pack.

Moments later the Red Bull was in the gravel, forced to retire along with Gasly after multiple incidents impacted a closely bunched group of cars.

Carlos Sainz was among those affected, spinning into Sebastian Vettel, with Kimi Raikkonen and Romain Grosjean also involved in contact.

The resulting safety car did not come in until lap seven, with Bottas bunching up the field at the restart and not accelerating until the last possible moment as he sought to remain ahead of Hamilton.

He succeeded in that goal but another huge crash took place in the packed midfield behind, with Sainz, Antonio Giovinazzi, Kevin Magnussen and Nicholas Latifi all forced to retire on the main straight, causing a red flag, after which Esteban Ocon was unable to restart.

After a delay of almost half an hour, Hamilton swept past Bottas round the outside of turn one in the standing restart, while Albon lost three places to sit seventh.

Bottas initially stayed close to Hamilton but began dropping back amid struggles with his tyres and pitted first. The Finn asked for "opposite" tyres to the world champion, but both ended up fitting the hard compound.

Ricciardo jumped Lance Stroll at the pit stops, with Albon just behind that duo in the battle for a podium place until, running fourth, the Racing Point suffered a puncture and crashed into the tyre barriers to bring out a third safety car, before officials opted for another red flag.

Bottas got Ricciardo back the following lap and then Albon executed an impressive move to get past the Renault shortly afterwards.

That left Hamilton clear to record victory and he also took the fastest lap from Bottas to rub salt into the wounds of his team-mate, who has still not won since the opening weekend.