This comes after 10 members of the men's contingent in Patiala, including national head coach C A Kuttappa, were found positive in tests conducted a few days ago. 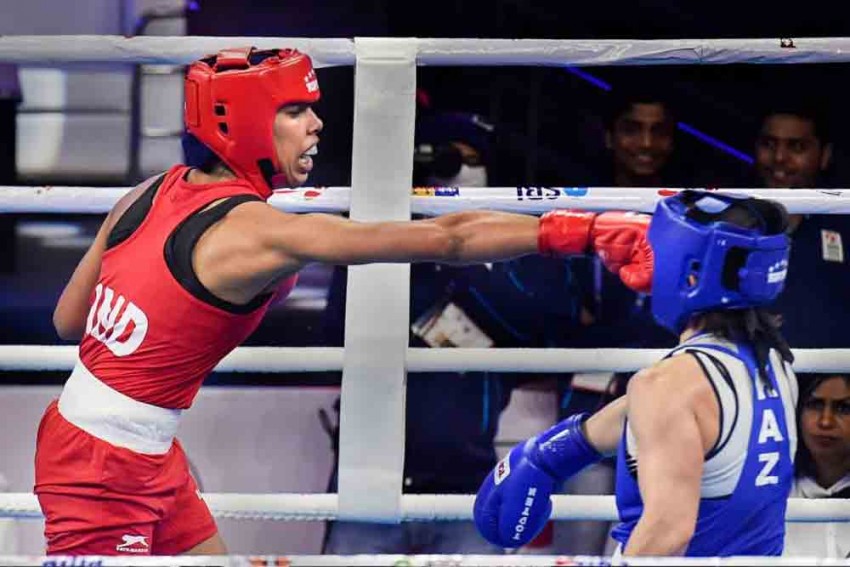 The development was confirmed to PTI by a source close to the team, which is training at the Indira Gandhi Indoor Stadium in Delhi.

"Two women coaches have tested positive so far. They have been quarantined but the camp is progressing as scheduled," the source said.

This comes after 10 members of the men's contingent in Patiala, including national head coach C A Kuttappa, were found positive in tests conducted a few days ago.

It is also learnt that following the positive reports of the two coaches, who are down with fever, other members of the camp were also tested on Monday.

"Some of the boxers have also been unwell but none of them are from the Olympic-bound group. The results of the tests conducted at the camp on Monday are still awaited," the source said.

Nine Indian boxers -- five men and four women -- have so far qualified for the Olympics in Tokyo.

The next major assignment for the Olympic-bound group is the Asian Championships in Delhi from May 21 to 31.

The women's team for that has already been announced and will be spearheaded by six-time world champion M C Mary Kom (51kg).

The other women boxers who have made the cut for Tokyo apart from Mary Kom are Simranjit Kaur (60kg), Lovlina Borgohain (69kg) and Pooja Rani (75kg).

Among the men, Amit Panghal (52kg), Manish Kaushik (63kg), Vikas Krishan (69kg), Ashish Kumar (75kg) and Satish Kumar (+91kg) have qualified for the July-August quadrennial showpiece, which had to be postponed by a year because of the pandemic.

India has witnessed a massive surge in its COVID-19 case load in the past few days with lakhs of fresh cases being reported. Delhi recorded over 10,000 cases on Sunday.