India have won four and lost just one in five matches played in Under-19 Asia Cup Cricket 2021 in UAE. Their only defeat came against Pakistan in the league stage. 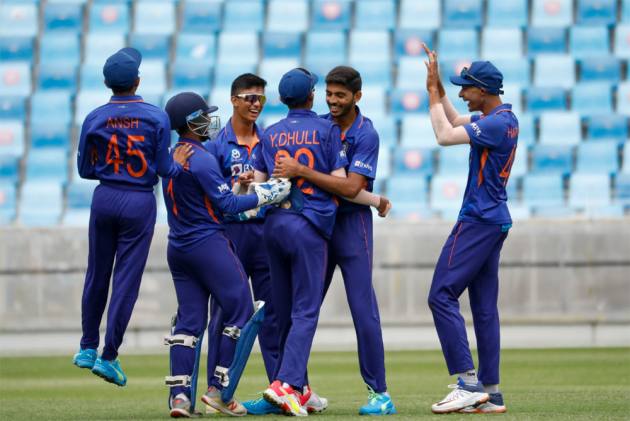 New Year's eve could not have been sweeter for Indian cricket. After the big win against South Africa in the Centurion Test on Thursday, defending champions India beat Sri Lanka by nine wickets (DLS) in the Under-19 Asia Cup Cricket 2021 final at Dubai International Cricket Stadium on Friday (December 31) to win the title for the eighth time. (More Cricket News)

In nine editions of the Under-19 Asia Cup, India have won eight times, which includes a shared trophy with Pakistan in 2012. The team also owns the record of having never lost a final.

In this edition, India finished second in their group, having lost to Pakistan, before beating Bangladesh in the semifinals to make the title round.

On Friday,  Indian bowlers were all over Sri Lanka, who were gasping at 74 for seven in 33 overs, when heavy rain lashed the Dubai International Cricket Stadium and stopped play for more than two hours.

It became a 38-over-a-side contest when play resumed with Sri Lanka limping to 106 for nine.

India were set a revised 102-run target in 38 overs via DLS method which they reached rather comfortably in 21.3 overs with opener Angkrish Raghuvanshi scoring an unbeaten 56 off 67 balls.

India have won four and lost just one in five matches played in this Under-19 Asia Cup. in UAE Their only defeat in this tournament came against arch-rivals Pakistan in the league stage.