Against Villarreal, Ronaldo made his 178th Champions League appearance, surpassing Iker Casillas' 177 matches in the competition. Sprint legend Usain Bolt was also in the stands. 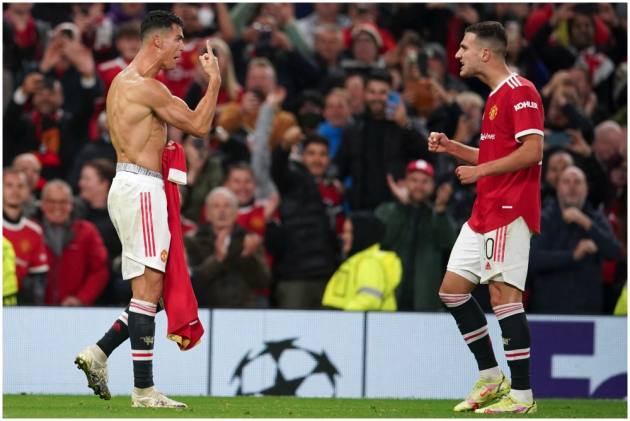 Cristiano Ronaldo removed his Manchester United jersey, flexed his muscular physique and soaked in the acclaim of the fans after his winning goal in the fifth minute of stoppage time. (More Football News)

Not a bad way for the Portugal superstar to mark another record-breaking night in the Champions League.

On his record 178th appearance in the competition, Ronaldo made his most decisive intervention with virtually the last kick of the game at Old Trafford to complete United’s dramatic comeback in a 2-1 victory over Villarreal on Wednesday.

After winning a header from a hopeful cross into the area, Ronaldo showed his sprightliness at the age of 36 by then reacting to a loose ball after a touch by substitute Jesse Lingard and shooting underneath Villarreal goalkeeper Geronimo Rulli from a narrow angle.

“It’s just what he has done throughout his career,” United manager Ole Gunnar Solskjaer said. “He is so strong mentally. He stays in the game. I have seen him all day, the way he has worked, built himself up for this game and how focused he has been.

“And when he gets that one chance, it’s a goal.”

Old Trafford erupted, with sprint great Usain Bolt — draped in a red-and-white United scarf — among the home supporters celebrating as chants of 'Viva Ronaldo' swept around the stadium.

It was Ronaldo’s fifth goal in five games since joining from Juventus for a second spell at United, and definitely his most important. Oh, and make that 136 goals in the Champions League — a record, naturally.

That Ronaldo had a quiet game, by his standards, might get overlooked because of his late goal. “A true mark of a very, very good finisher that he keeps calm when the chance arrives,” Solskjaer said.

Where would Solskjaer be without Ronaldo? It was looking like another chastening result for the Norwegian coach, who was starting to come under pressure with United having started Group F with a shocking 2-1 loss at Swiss outsider Young Boys and then losing back-to-back games at Old Trafford on the domestic front — one in the Premier League and another to get eliminated from the English League Cup.

Villarreal looked like handing United a second straight group loss by going in front in the 53rd through Paco Alcacer, who poked in a finish through the legs of United goalkeeper David De Gea following a cross by Arnaut Danjuma. 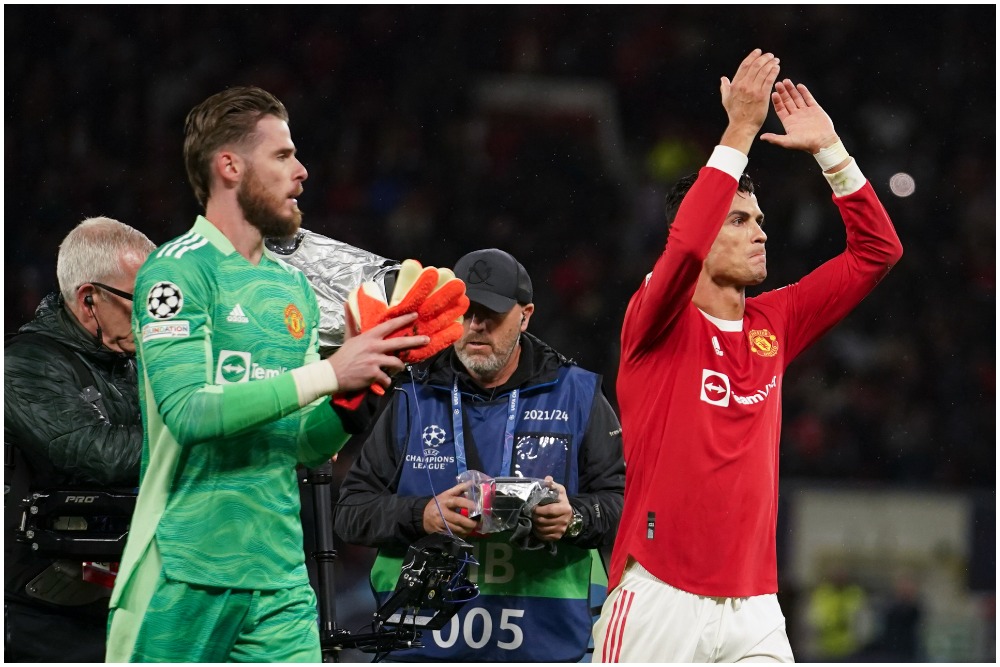 United had been outplayed by that point. Danjuma had the beating of right back Diogo Dalot time and again down Villarreal’s left, and it was only the brilliance of De Gea — who produced acrobatic saves to deny Alcacer and Danjuba in the first half — that kept the Spanish team at bay.

“He saved us tonight, we have to be realistic about that,” Solskjaer said of a goalkeeper he called “the best in the world.” It needed an outrageous strike by Alex Telles to bring United level seven minutes after Villarreal’s goal.

Picked out by a pinpoint cross from Bruno Fernandes at a free kick, the Brazilian left back took a step back at the edge of the area and struck a first-time volley that swerved inside the far post.

Away from the drama surrounding Ronaldo’s winning goal, it was another below-par performance from United, with the makeup of its midfield again a big problem area. Scott McTominay was the holding midfielder — with Paul Pogba and Fernandes ahead of him — and he got isolated, unable to stop Villarreal’s incisive counterattacks in the first half.

There was no pattern or coherence to United’s attacking play, with Jadon Sancho again disappointing.

Solskjaer also had to deploy a virtually second-string defense because of injuries to Harry Maguire and Luke Shaw and the suspension of Aaron Wan-Bissaka for a red card against Young Boys.

There were errors aplenty at the back, and it was a night to forget, in particular, for Dalot — the replacement for Wan-Bissaka.

“When you look back, you have to separate the final result and how well we played,” said Villarreal coach Unai Emery, whose team opened the group with a 2-2 home draw against Atalanta.

“It’s a results game,” he added. “It’s the result that counts.” The result broke a run of four straight 0-0s between the teams in Champions League play, dating back to pairs of group matches in both 2005 and 2008.

The teams also met in the Europa League final in May, with Villarreal winning a penalty shootout following a 1-1 draw. Ronaldo wasn’t playing for United then, though. Now he is already proving a difference-maker.