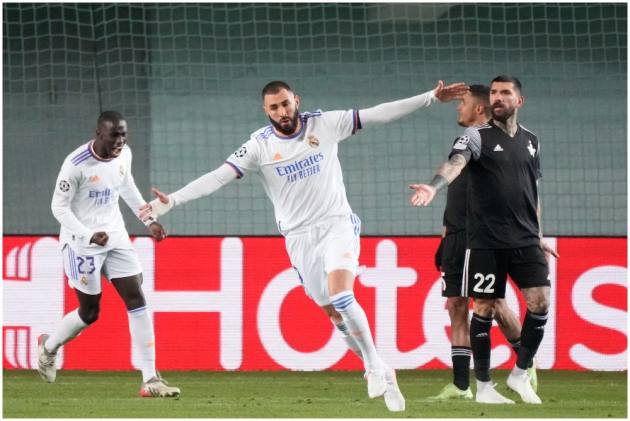 Yet again, Real Madrid has made it past the group stage of the UEFA Champions League 2021-22. For the 25th straight time, the Spanish powerhouse will be playing in the competition’s knockout rounds. (More Football News)

Madrid comfortably defeated Sheriff 3-0 on Wednesday to secure its place in the round of 16 with one game to spare in Group D. A draw at home against Inter Milan in the last round will guarantee a first place for Carlo Ancelotti’s team.

“We continue along the right path. I like the way we are playing,” Ancelotti said. “The squad is in good shape, everyone is strong physically. It’s important for us to finish top and we’ll be looking to end our group campaign the way we began it.”

David Alaba, Toni Kroos and Karim Benzema scored to help the Spanish team advance. The result eliminated Sheriff, the Moldovan league club that is debuting in the group stage. Sheriff had stunned Madrid with a win in the Spanish capital in their first game.

It was the fifth consecutive win in all competitions for Madrid, which reached 12 points from five matches, two points more than second-place Inter, which has also advanced. Inter beat last-place Shakhtar 2-0 at home earlier Wednesday. Sheriff stayed on six points but is assured a top-three finish.

Sheriff could have advanced with a win against Madrid if Inter lost to Shakhtar. It started its first group-stage campaign with consecutive wins before losing two straight to Inter. Sheriff entered the match against Madrid having won 12 of its last 13 home games in all competitions, with 10 clean sheets. It had scored in 11 of its last 12 European matches this season.

Madrid, a record 13-time European champion, has reached the knockout stage every time since the 1997-98 season. It failed to qualify for the competition in 1996-97, but it also qualified to the knockout rounds in the previous year. It is the 19th consecutive time Madrid made it to the last 16 since that round was introduced in 2003-04.

Madrid, coming off consecutive wins over Shakhtar, dominated from the start against Sheriff, controlling possession and creating the most significant scoring chances.

Alaba put Madrid ahead with a free-kick that deflected off a defender before going into the net in the 30th minute. Kroos added to the lead in first-half stoppage time with a shot from outside the area that hit the crossbar and bounced just over the goal line.

Benzema, who had a goal disallowed for offside in the 10th, scored the third with a strike in the 55th.