Ahead of Wednesday's first leg against Messi's Barca, Robertson and Alexander-Arnold have emerged as essential contributors to Liverpool's bid for Champions League glory 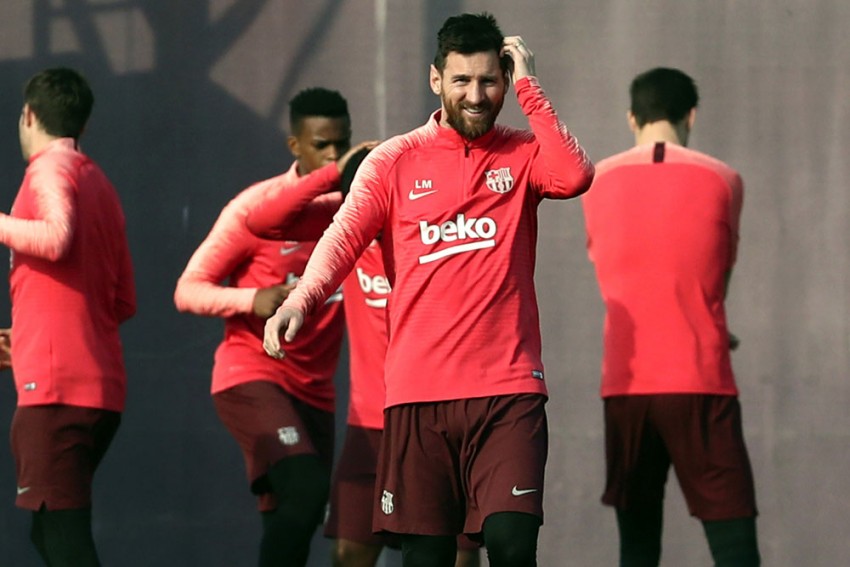 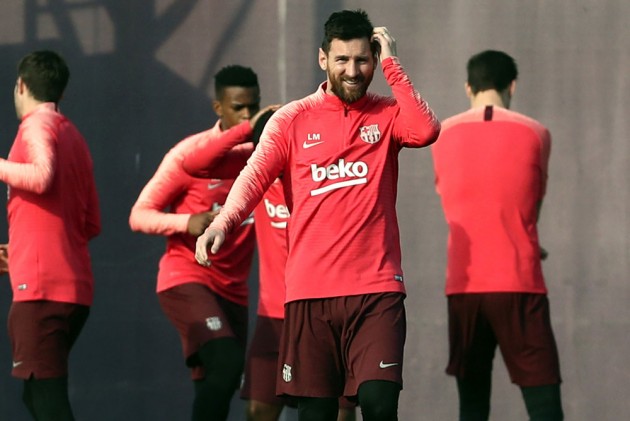 Neither Trent Alexander-Arnold nor Andrew Robertson have Lionel Messi's star power, but the buccaneering Liverpool defenders could play just as vital a role as the Barcelona captain in their mouth-watering Champions League semi-final.

Virgil van Dijk has hogged the spotlight among Liverpool's defenders with a superb campaign that earned the Dutch centre-back the Professional Footballers' Association player of the year award.

Ahead of Wednesday's first leg against Messi's Barca, Robertson and Alexander-Arnold have emerged as essential contributors to Liverpool's bid for Champions League glory.

With 24 assists between them in all competitions, England right-back Alexander-Arnold and Scotland left-back Robertson are pivotal figures in Jurgen Klopp's game-plan.

Robertson's 11 assists have equalled the Premier League record for a defender and Alexander-Arnold is not far behind, with nine, making Liverpool's full-backs are as much wingers as defenders.

It has become the most demanding, tactically significant position in the Liverpool team.

Without Robertson, 25, doing the job of two players with his lung-bursting runs up and down the flanks, Senegal winger Sadio Mane would not have the freedom to move infield, from where he has scored 24 goals this term.

Mohamed Salah's licence to roam from the wing is only possible because there is less need to track back defensively while Alexander-Arnold, 20, tirelessly covers every blade of grass on the right.

Klopp's bold system has reaped rich rewards as rivals struggle to find a way to turn off the supply line fuelled by Robertson and Alexander-Arnold.

Then, when Robertson supplied Roberto Firmino with Liverpool's opening goal against Tottenham recently, Alexander-Arnold matched him by crossing for Salah's header that led to Toby Alderweireld's decisive late own goal.

They are the kind of key contributions that have become commonplace this season and Robertson admits the pair's friendly rivalry is spurring them to ever greater heights.

"I always try and go forward. Sometimes my passes don't find people. But I do try and create. If I get two assists, I expect Trent to get three," Robertson said with a smile.

Liverpool-born Alexander-Arnold is the soft-spoken prodigy who still lived with his mum at the start of this season, such has been the rapid nature of his rise from the club's academy Robertson started his career in obscurity at Queen's Park and Dundee United before joining Liverpool from Hull for $10.3 million in 2017 -- a deal that Klopp says came at a time when "there weren't 500 clubs asking about him".

Now comes the acid test of the duo against Barcelona in the Camp Nou.

Inspired by the sublime Messi, Barca have scored more than 130 goals in all competitions already this term and wrapped up the Spanish title at the weekend.

But, while he acknowledges the threat posed by Messi, Luis Suarez and company, Robertson believes Liverpool should stick to their guns.

"We know we'll have our hands full defensively but we all defend as a team and we attack as a team. If me and Trent have time to go forward, we will do it. It's not going to stop us," Robertson said.

"We know that we can create goals and chances, so why change that? But look, we will learn from the game and move from that and see how it pans out.

"It's a challenge we all look forward to."