Chelsea slumped to back-to-back defeats after a 1-0 loss to Manchester City in EPL on Saturday. It was also Chelsea’s first loss in 12 Champions League group matches. 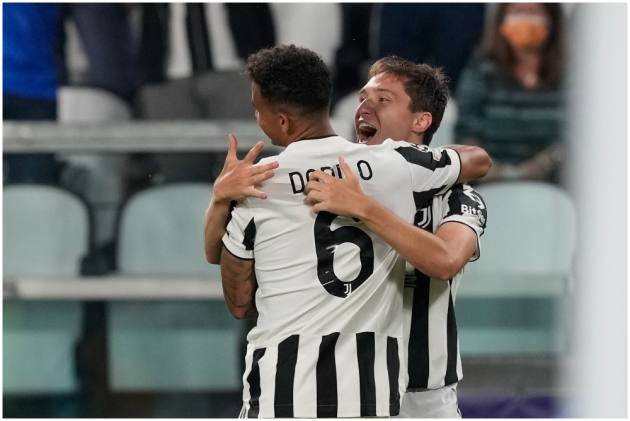 Ten seconds into the second half, Chiesa sprinted onto a through ball from Bernardeschi and beat defender Antonio Rudiger to score from a difficult angle.

“It should be impossible to concede an easy goal like this at this level in the first seconds of the second half,” Chelsea coach Thomas Tuchel said. “You know what’s coming, you have defensive organisation like we have, so normally at all times it should be possible to defend it. And we got punished for it, of course.”

Bernardeschi nearly made it 2-0 when he tripped just as he was about to redirect a cross from Juan Cuadrado. “We showed the real Juve spirit,” Chiesa said. “We tried to attack deep and into the open spaces.”

It wasn’t until the 75th minute that a decent cross found its way to Lukaku, who Chelsea bought for a club-record $135 million in August. But the Belgium striker’s ensuing header went well wide. Lukaku had a close chance in the 83rd but again missed the target.

Juventus took control of Group H with a full six points. Chelsea and Zenit St. Petersburg have three points each and Malmo has zero. Juventus’ perfect start in Europe contrasts sharply with the Bianconeri’s struggles in Serie A, where they have won just two of six matches.

“Let’s enjoy this tonight but then we’ve got to focus on Saturday’s derby (against Torino),” Chiesa said. Chelsea was without the injured Reece James, Mason Mount and Christian Pulisic; while midfielder N’Golo Kante missed the trip after testing positive for the coronavirus.

Juventus also had injury concerns with Paulo Dybala and Alvaro Morata both out.

But Chiesa and Bernardeschi, key members of Italy’s run to the European Championship title, made sure they weren’t missed. Matteo Pessina, another member of the victorious Italy team, scored in Atalanta’s 1-0 win over Young Boys.