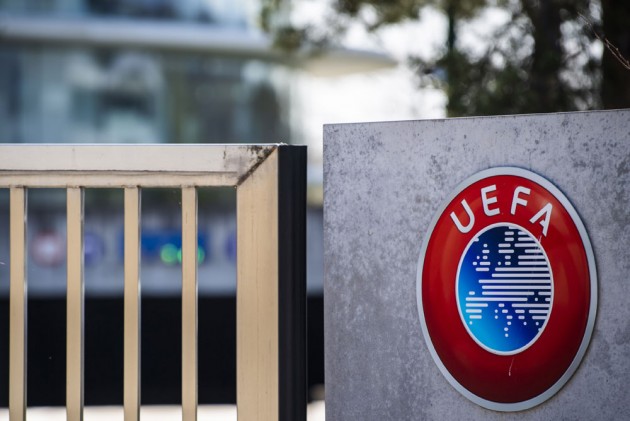 UEFA has postponed all national team matches scheduled to be played under its auspices in June, including the play-offs for the delayed Euro 2020 finals.

European football's governing body held a video conference on Wednesday with representatives from all 55 member associations.

Those involved considered recommendations made by the working groups UEFA set up last month to address the challenges created by the COVID-19 pandemic.

After that meeting on March 17, it was confirmed Euro 2020 would be moved to June and July of next year, although play-off games were still slated to take place during the international break at the scheduled end of the 2019-20 season.

However, all UEFA matches are now postponed until further notice, while deadlines relating to the 2020-21 campaign for the organisation's club competitions are similarly on hold, with the prospect of football's shutdown going beyond the June 30 date where player contracts typically expire alluded to as a potential complication.

"The deadlines related to all 2020-21 UEFA club competitions are postponed until further notice, in particular as regards the admission process and the registration of players," a press release read. “UEFA will set new deadlines in due course."

At the initial meeting, UEFA made a commitment to try and complete all European and domestic club competitions by the end of June – a prospect that appears increasingly fanciful as leagues across the continent remain suspended with little sign of a resumption.

All national team matches for men and women due to be played in June 2020 are postponed until further notice.

UEFA has also stated it will relax Financial Fair Play and club licensing measures related to its 2020-21 competitions as clubs deal with unprecedented times.

"The Executive Committee reiterated its full commitment to club licensing and Financial Fair Play and agreed that the current exceptional circumstances necessitate some specific interventions to facilitate the work of member associations and clubs," the statement read.

"It supports the proposal to give member associations more time to complete the club licensing process, until the admission process for next season’s UEFA club competitions has been redefined.

"As a result of the increasing uncertainty generated by the ongoing extraordinary events, the executive committee also decided to suspend the club licensing provisions that relate to the preparation and assessment of clubs' future financial information. This decision applies exclusively for participation in the 2020-21 UEFA club competitions."

Additionally, UEFA cancelled its European Under-17 Championship and European Women's Under-19 Championship, scheduled for May and July respectively.

The corresponding European Under-19 Championship and European Women's Under-17 Championship are postponed with the aim of rearranging, given they double up as qualifying competitions for FIFA's U-20 World Cup and U-17 Women's World Cup.