Unai Emery has admitted to discussing an Arsenal exit with much-maligned defender Shkodran Mustafi, even before David Luiz's arrival from Chelsea. 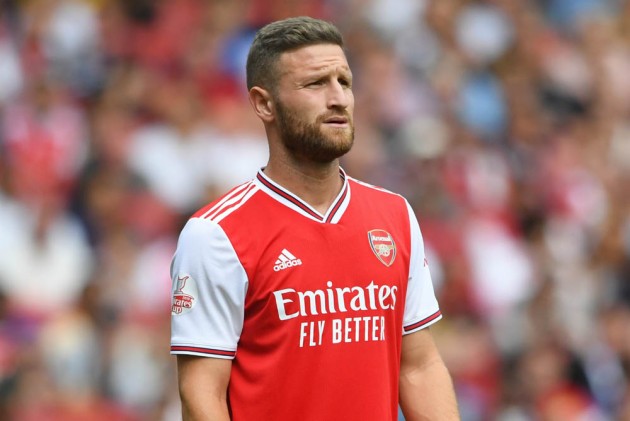 The Gunners have developed new depth at centre-back following the deadline day signing of David Luiz from Chelsea and Calum Chambers' return from a loan spell at Fulham.

Mustafi, 27, ranks behind that pair and Sokratis Papastathopoulos in the pecking order and could still be allowed to find a new club before the transfer window closes across Europe on September 2.

Signed in 2016, the Germany international has failed to impress in the Premier League and was booed by his own fans during a friendly loss to Lyon at Emirates Stadium.

"But I don't have doubts if he needs to play because he is a good player.

Steppin' up the prep   #sm20 pic.twitter.com/qYBaN6STo1

"We decided to be more competitive in each position, at centre-back with David Luiz, with another player in the middle with [Dani] Ceballos, with Kieran Tierney, with [Nicolas] Pepe.

"I think being more competitive [means] we can respond better in the season.

"Some players, maybe they can play less with that situation and can leave.

"But it's one decision taken with the player, with the club, with the team. At the moment [Mustafi] is here and really, if we need, he plays with us. I have confidence he will do well."

Mustafi's likely replacement, David Luiz, has not been without his own detractors.

The 32-year-old courted criticism for erratic performances throughout two stints at Stamford Bridge, but Emery is backing the Brazilian to be a success in north London.

"Last year he won the Europa League and he played every match in the Premier League," the Arsenal boss said

"It's very difficult to find something negative from him. There are a lot more positive things to help us."