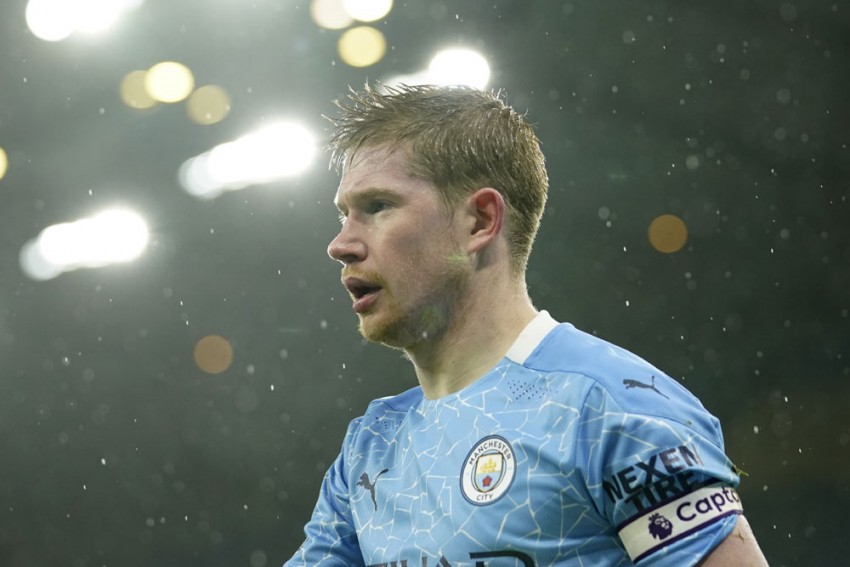 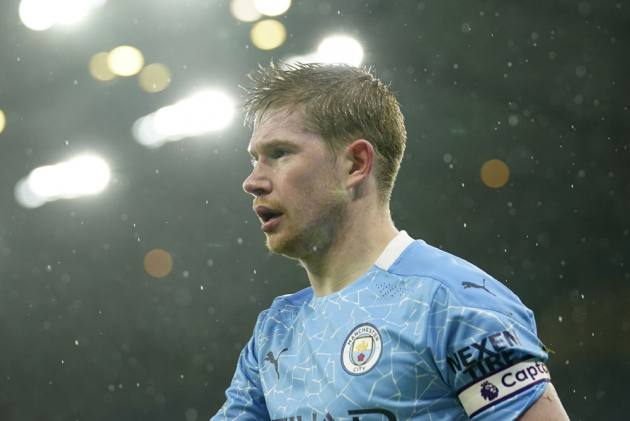 Pep Guardiola is relishing the competition for places at Manchester City that means "unique" Kevin De Bruyne may no longer be an automatic selection. (More Football News)

De Bruyne made his return from a month-long hamstring injury lay-off as a late substitute against Everton last week and started the 1-0 win against Arsenal four days later.

However, the reigning PFA Players' Player of the Year was an unused substitute for City's trip Borussia Monchengladbach in midweek, despite Guardiola confirming the playmaker was fully fit.

City won that Champions League last-16 first leg 2-0 through a Bernardo Silva header and Gabriel Jesus' strike, having also won all five-top-flight games De Bruyne missed during his time on the sidelines, scoring 15 times and conceding just once.

And with Bernardo continuing to excel in City's midfield three alongside Ilkay Gundogan and Rodri, Guardiola has reiterated De Bruyne is no longer indispensable.

"They are quite similar but Kevin gives us something Bernardo doesn't give and vice versa," Guardiola said. "Every player has his own skills but they do it for the benefit of the team. That's why they are so stable.

"It's good for us, this competition between themselves. It was the same for [Kyle] Walker in the last game - because he knows Joao [Cancelo] is playing so good. It's the only way to maintain consistency.

"Every three days there's a game and there's a competition among them. Our transitions with Kevin are much better - he is unique in the world. Without Kevin maybe we are more calm and have more time to pause, but it's not that we want one way or the other, it's the quality of the players we have."

De Bruyne's 10 assists in the Premier League this term are bettered only by Harry Kane's 11, the Tottenham striker having played three games more, while only Mason Mount (62), Bruno Fernandes (71) and Jack Grealish (75) can better his 58 chances created.

Bernardo may lag some way behind De Bruyne in both categories - assisting three goals and laying on 16 opportunities for team-mates - but Guardiola believes the Portuguese brings other qualities to the side.

City dominated possession away to Gladbach with 61 per cent of the ball and the manager said: "Sometimes you need more passes and Bernardo has that quality when he receives the ball.

"With opponents behind him, he can make two or four touches then give it. Kevin is a different player, more of a free mind, more explosion, and we need it.  He sees something that other ones cannot see and he provides passes others can't see. Sometimes I need him to be more behind, Bernardo up front.

City are looking to make it 20 wins in a row in all competitions when they take on West Ham at the Etihad Stadium on Saturday, a run that includes 13 successive victories in the top flight. Only on five previous occasions has a side won 14 or more on the spin.

Guardiola jokingly said earlier this week that money was the most important factor behind his side's incredible winning streak, which has them on course for a clean sweep of silverware.

But while the Catalan coach is thankful to have been financially backed by the club's wealthy owners, he insists there is more to his project at City than simply spending big sums of money, with others doing likewise during his time in England.

"I'm proud for the fact that [after] one team wins the Premier League they struggle a lot but we won back-to-back," he said. "Last season we could not fight against Liverpool - it was incredible. We were second but today, this season, again we are there - this is what I'm proud of most.

"Four Carabao Cup finals, this is what I am proud of the most. And of course, we created this ourselves. But to do this you need top talents, top players and top players cost money. But honestly, I think United spent money too and Chelsea spent money, and Barcelona spent a lot and in Madrid they spend, as do all the clubs in that position."

Guardiola has used Joao Cancelo in a hybrid full-back/midfield position during City's ongoing winning streak but the former Barcelona and Bayern Munich boss, who has won 29 trophies during his managerial career, does not believe he deserves more credit than his players for their success.

"You are not convincing me," he said. "The difference is the players. "I didn't invent anything. It's just the way I do it. I can play like this but sometimes I'm going to play in a different way. It's not about that. I would tell if I believed the reason why was me. I would tell you.

"I would be grateful to say that the reason behind this success is because I'm so handsome and that's the reason why. It's not like that. It's the players. The big clubs have incredible success, in South America and Europe, and it's due to the quality of the players, the mentality."

He added: "Still I have the feeling when we finished the game against Gladbach maybe it will not be enough to reach the last stages of the Champions League if we don't improve in some departments. It’s the only way to getting better.

"If I did not feel we could get better, I would not have extended my contract here. One hundred per cent. If I extend my contract, it's because they convinced me for different issues and still that we can do better. If not, [my time with] the team would be over."