Unsuccessful Review In Test Cricket Should Be Reduced To One, Argues Josh Hazlewood

In June 2020, the ICC increased the number of unsuccessful reviews to three per side per innings from two 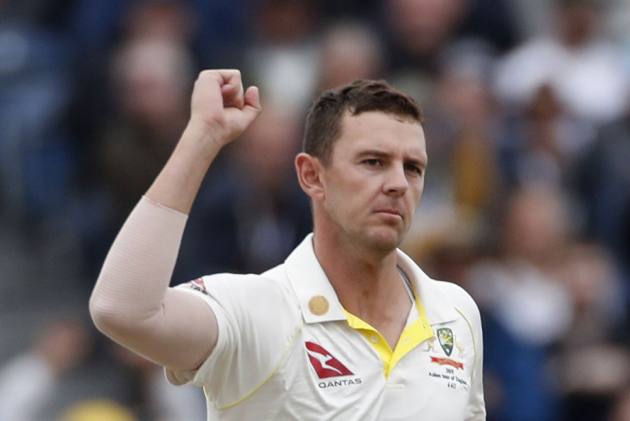 Australian pacer Josh Hazlewood says reducing the number of unsuccessful review to just one for each team as part of the Decision Review System (DRS) would have a better impact on Test cricket. (More Cricket News)

In June this year, the game's governing body (ICC) had increased the number of unsuccessful reviews to three per side per innings from two. DRS was introduced in 2008 to eliminate the 'howlers'.

Hazlewood feels one review would mean that teams would use it only when they are absolutely certain that a wrong decision has been made by the umpire.

READ: Re-inventing International Cricket In The Time Of COVID-19

"I'd review them all day if I could but to have a better impact on the game, I think one might work better. If you just had one each per innings then people would use it totally differently," Hazlewood was quoted as saying by cricket.com.au.

"I think umpires can fall into a trap of umpiring a little bit differently depending on who's got reviews left and how many they've got.

"They've got to umpire based on nothing there as well, but if you just had one each you'd save it, you wouldn't use it early unless you were positive and that's what it's there for, that howler."

The 29-year-old Hazlewood was part of the Australian team during last year's Ashes, which was marred with DRS drama during the Edgbaston Test and Lord's Test.

At Edgbaston, 10 decisions were overturned on review, while at Lord's, Australia had exhausted their reviews and couldn't avail the video referral for an lbw appeal against Ben Stokes, who went on to score 115 not out as England drew the match.

Hazlewood said after the Lord's Test, the Australians formulated a plan to review a decision in the field.

ALSO READ: Batsman Should Be Given Out If DRS Shows Ball Is Hitting Stumps - Tendulkar

"After that game we sat down and said, 'Let's put a process in place’. At least we had something to fall back on if we don't know. That was the bowler and the wicketkeeper and someone from side on comes in and we have a quick discussion why wasn't given out," he said.

"That's why the square fielder comes in to say, 'The height looked good from my angle'. The keeper (Paine) has a say, and he's obviously the captain as well, so that helps, and we make a quick call then and at least we have a process now we go through.