Erik Kynard's leap of 2.33 meters was placed second in the 2012 London Olympics behind Ivan Ukhov, who was proven years later to have taken part in the Russian state-backed steroid doping program. 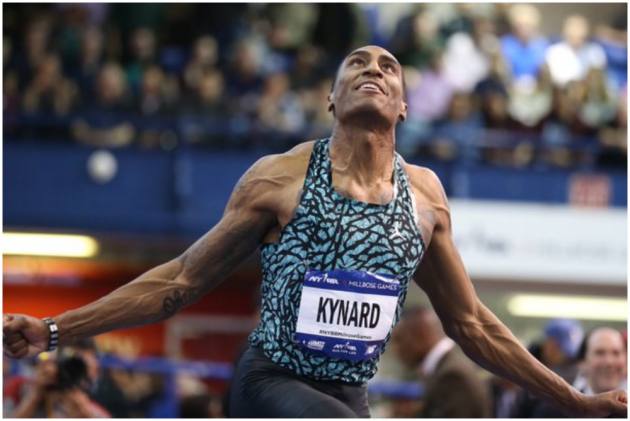 American high jumper Erik Kynard will finally get his gold medal from the 2012 London Olympics after the International Olympic Committee approved reallocating some results from those games because of doping cases. (Other Sports News)

Kynard's leap of 2.33 meters placed second in London behind Ivan Ukhov, who was proven years later to have taken part in the Russian state-backed steroid doping program.

Ivan Ukhov was banned for four years in 2019 at the Court of Arbitration for Sport. He went back to the same court last year for an appeal hearing but failed to overturn the ruling.

International Olympic Committee executive board on Friday signed off on reallocating the medals and final results for five events from the London Olympics, including men's and women's high jump.

With Erik Kynard upgraded to men's gold, the three bronze medalists in 2012 will each now get silver medals: Derek Drouin of Canada, Robbie Grabarz of Britain and Mutaz Essa Barshim of Qatar. Barshim also tied for gold at the Tokyo Olympics in August.

International Olympic Committee also reallocated the bronze medal in women's high jump from a Russian athlete. Svetlana Shkolina was disqualified for doping and Spain's Ruth Beitia will get the bronze.