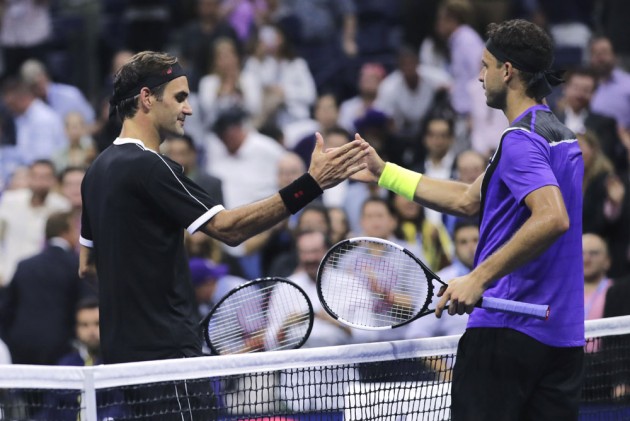 Five-time champion Roger Federer crashed out of the US Open 2019 after losing to Grigor Dimitrov in a five-set quarter-final match at Flushing Meadows on Wednesday.

In a match lasting three hours and 10 minutes, Dimitrov produced almost flawless final two sets to beat his idol 3-6, 6-4, 3-6, 6-4, 6-2. The 28-year-old Bulgarian will meet Russian Daniil Medvedev, who defeated another Swiss Stan Wawrinka in the quarters.

Often derided as the 'Baby Fed' for obvious similarities with the Swiss maestro, Dimitrov entered the match as the underdog, but came out victorious, finally getting the better of the 20-time Grand Slam champion at the eighth time of asking.

And helping his cause was Federer's 61 unforced errors. The oldest Grand Slam quarter-finalist since a 39-year-old Jimmy Connors made the last four of the 1991 US Open, also had fitness concerns.

But the Bulgarian played some of his best tennis in a long time, denying the Swiss 10 breakpoints of the 14 chances.

Dimitrov, ranked 78th in the world, thus became the lowest-ranked Grand Slam semi-finalist since Rainer Schuettler did so as World No. 94 at Wimbledon 11 years ago.