US Open 2019: Sumit Nagal Goes Down Fighting Against Roger Federer

World No. 190 Sumit Nagal of India performed extremely well in possibly the biggest match of his career as he took a game off against Roger Federer before going down in four sets, 6-4, 1-6, 2-6, 4-6, in the US Open first round. 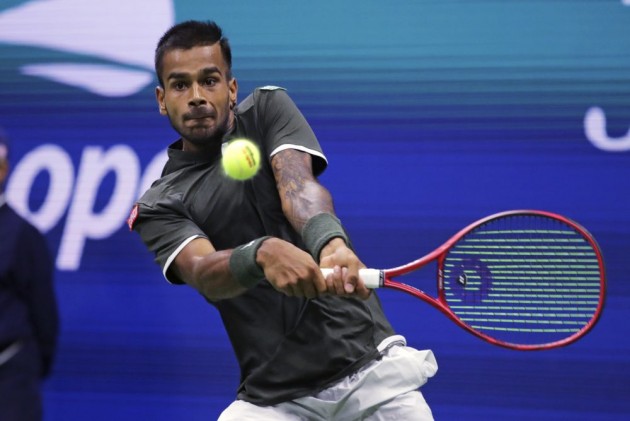 The fighting spirit shone through in Sumit Nagal's dream Grand Slam debut as he took a set off the iconic Roger Federer before fizzling out at the US Open on Monday (August 26).

Nagal became only the fourth Indian to win a set in the main draw of a Grand Slam in the last 20 years. What made it special was that it came against Federer, a colossal figure with 20 Grand Slams to his credit.

Only Somdev Devvarman, Yuki Bhambri and Saketh Myneni have managed to win a set in a Grand Slam main draw before Nagal, in the last two decades.

ALSO READ: US Open - Prajnesh Gunneswaran Bows Out With A Straight Sets Defeat To Daniil Medvedev

Nagal, who made the main draw through qualifying, returns from the US Open not only richer by USD 58,000 but also with the experience of what it takes to compete at the biggest stage.

"It was a tough first set for me. He played pretty strong so credit to him. I was missing a lot of balls so I was trying to cut down the unforced errors. Hopefully it will get better," said Federer.

The Swiss let out a firm "No" when asked if he felt for a second that it was 'Nadal' and not 'Nagal' if the name of his rival on the scoreboard had a 'D' instead of a 'G'.

"For you guys and social media, it is," he quipped.

"I was rusty, I will shake it off," said Federer.

Federer endured a shaky start to the match but for Nagal it was the best he would have felt on a tennis court.

The Indian stunned the crowd by breaking Federer's serve in the third game with the Swiss committing a double fault on the second breakpoint.

While a "rusty" Federer was still measuring up his newest rival, ranked 190 in the ATP charts, Nagal, with his deep returns, was setting up winners -- some eye-catching inside-out forehands.

While many would not have expected such a sight, Nagal further shocked the crowd when he broke Federer for the second time and served out the set after being down 0-30.

Hitting deep returns and going for his shots fearlessly and not allowing Federer to come on to the net were key to Nagal's first-set exploits even as the Swiss struggled to contain his unforced errors.

Federer had 19 unforced errors to 9 of Nagal in the opener.

The anticipation grew but Federer shook off the rustiness to dismantle Nagal's game after that.

He began serving well, if not his best, and dictated the play with his strong returns, killing points at will at the net.

In no time, he zoomed to a 5-0 lead in the second set and served it out in the seventh but not before Nagal had saved six set points and also earned two break chances.

Nagal was still fighting but Federer was too hot to handle.

The pattern remained the same in the third and fourth sets with Nagal getting a good point here and there but it was largely one-way traffic.

The 20-time Grand Slam Champion came out to serve the match in the 10th but was down 0-40 with Nagal making some solid returns.

After saving five breakpoints, Federer closed the match with a strong serve on Nagal's backhand.

After fighting hard for two hours and 25 minutes, Nagal had earned some fans and he walked out of the Artur Ashe Stadium signing a few autographs and to a loud applause.