Canadian teenager Bianca Andreescu reached her first Grand Slam final at the US Open on Thursday (September 5) with a gritty 7-6(3), 7-5 victory over No.13 seed Belinda Bencic of Switzerland. 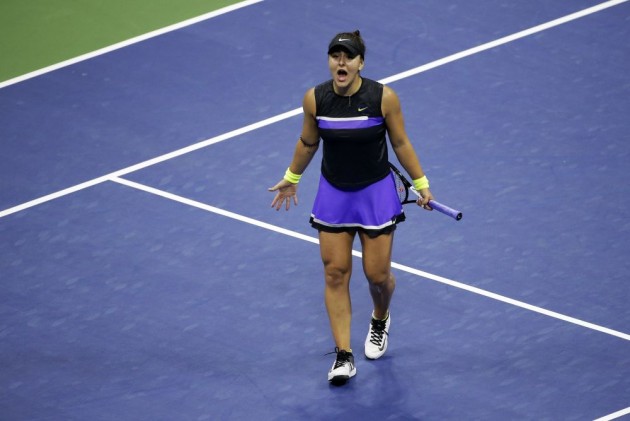 Bianca Andreescu will play in her first Grand Slam final against Serena Williams at the US Open after coming through a fascinating battle with Belinda Bencic in straight sets. (TENNIS NEWS)

Andreescu and Bencic were given an all too unnecessary reminder of what they would face in a potential final with Williams, who dismantled Elina Svitolina in the earlier semi-final at Arthur Ashe Stadium on Thursday (September 5).

Their duel proved a more prolonged and engrossing one as two players with hugely impressive variety to their games proved extremely well matched.

However, Andreescu's superior power proved the difference in a tight and tense affair, the 19-year-old Canadian coming back from 5-2 down in the second set to claim a 7-6 (7-3), 7-5 win that ensures a Grand Slam run few people expected will end with her holding a trophy of some kind.

"It's just surreal. I really don't know what to say. It's a dream come true playing Serena in the finals of the US open. It's crazy, it's crazy," Andreescu said.

"I think it's just all the hard work I've put in through the years. If someone told me a year ago I would be in the US Open final this year, I'd tell them they were crazy."