US Open 2021: Bianca Andreescu Improves her Record To 10-0 With Win Over Greet Minnen

Andreescu, 21, seemingly picked up where she left off in 2019 when she pulled out a 6-3, 7-5 victory over Serena Williams to win the US Open. 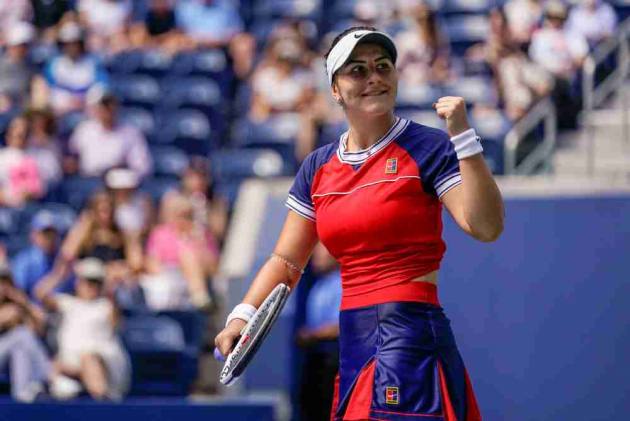 Why yes, that was Bianca Andreescu who improved her lifetime U.S. Open record to 10-0 by defeating Greet Minnen 6-1, 6-2. (More Sports News)

The first player from Canada to win a Grand Slam singles title returned to the tournament after sitting out last year; she missed the full 2020 season after tearing the meniscus in her left knee.

The 21-year-old Andreescu seemingly picked up where she left off in 2019 when she pulled out a 6-3, 7-5 victory over Serena Williams to win the U.S. Open.

But the road back to Flushing Meadows has been riddled with roadblocks, everything from injuries that contributed to her missing all of 2020 to COVID-19 to a first-round loss this year at Wimbledon.

She hasn't necessarily been forgotten in New York. The sixth-seeded Andreescu just hasn't been stamped as a serious threat to win it all.

Her win streak may not yet rival the streaks set by Rafael Nadal, who won his first 31 matches in the French Open, or Rod Laver, who won Wimbledon in his first two appearances as a professional, but they beat the alternative.

“I feel very grateful to have accomplished that and to be alongside all those amazing players,” she said.

“I hope that I can continue my streak and make it two in a row.”
Up next, a match Monday against Maria Sakkari.

Sloane Stephens shared on Instagram abusive messages sent to her after the 2017 U.S. Open champion was knocked out of this year's tournament by Angelique Kerber.

“I am human, after last night's match I got 2K + message of abuse/anger from people upset by yesterday's result,” she wrote.

“This isn't talked about enough, but it really freaking sucks,” she wrote.

“I'm happy to have people in my corner who support me. I'm choosing positive vibes over negative ones. I choose to show you guys happiness on here, but it's not always smiles and roses.”

She ended the post with messages of support from friends and family and wrote, "My team!!!!! The only ones who matter.'

Emma Raducanu continues to roll at the U.S. Open, using a straight-sets victory to advance to the fourth round.

Raducanu, who was born in Canada and represents Britain, is into the fourth round at the U.S. Open after getting to Week 2 of Wimbledon in her major debut at age 18.

Raducanu has won all 12 sets she has played in New York, with three wins in qualifying and three in the main draw.

She had 29 winners against Tormo.

Juan Carlos Ferrero knows a thing or two about winning big in Grand Slam tournaments. He won the 2003 French Open and was runner-up at Roland Garros in 2002 and at the U.S. Open in 2003.

He might have another deep run this season, only this as coach to upstart sensation Carlos Alcaraz. The 18-year-old out of Spain pulled off a dramatic five-set victory over No. 3 seed Stefanos Tsitsipas on Friday that had a rowdy Arthur Ashe Stadium crowd in his corner.

Ferrero, who played with such boundless energy he was nicknamed “Mosquito,” see the same kind of Grand Slam potential in his protegee.

“He's still 18 years old and he needs to get more mature, to control his emotions in there, and to control when he has to go with 100% of his potential or when he has to use 80% or sometimes play with a lot more spin or more flat,” Ferrero said. “He's on the way to order all these kind of things, but I think he's in a good way to do it.” (AP)