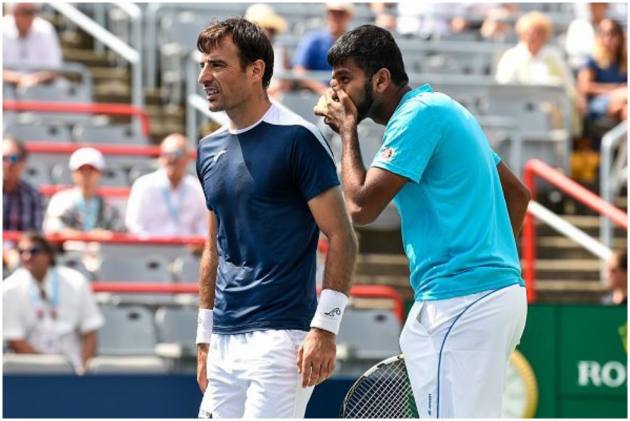 Veteran Indian tennis player Rohan Bopanna and his Croatian partner Ivan Dodig fought their hearts out before losing their men’s doubles third round match to fourth seeds Rajeev Ram and Joe Salisbury at the US Open here. (More Tennis News)

Bopanna and Dodig, seeded 13th, lost 7-6(4), 4-6, 6-7(3) to the Australian Open runners-up pair in a gruelling contest that lasted two hours and 30 minutes on Monday night. With this defeat, India’s challenge has ended at the last Grand Slam of the season.

Sania Mirza lost her both women’s doubles and mixed doubles first rounds and Ankita Raina also lost in the women’s doubles. Prajnesh Gunneswaran, Sumit Nagal and Ramkumar Ramanathan could not qualify for the singles main draw, falling in the Qualifiers.