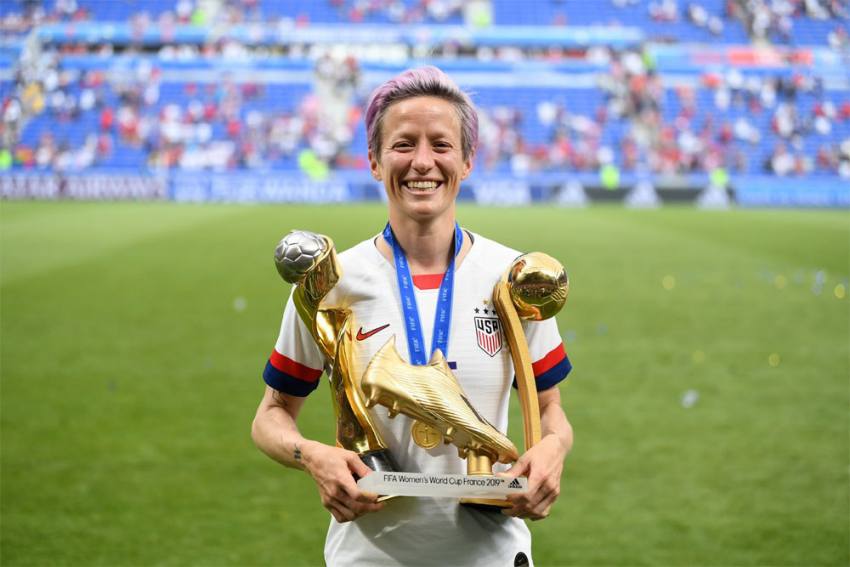 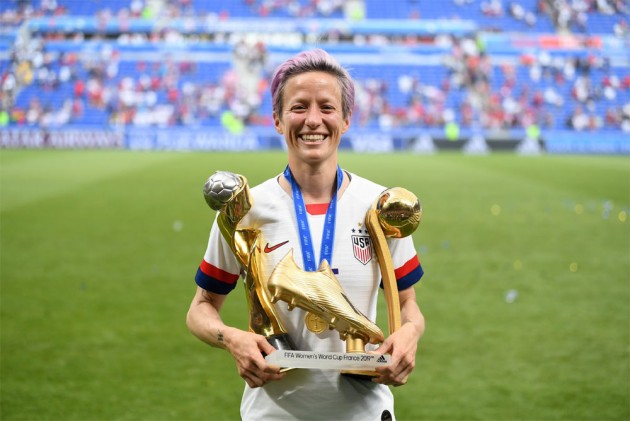 In excerpts from an interview with Vice TV that were released on Tuesday, Rapinoe branded Trump a "white nationalist" and said she didn't think his policies had helped Americans.

"Now, obviously, we have a white nationalist -- I think -- in the White House and the spewing of hate and the 'othering' of the rest of the country has only led to more rift between people and more despair and more anxiety and more fear going forward," Rapinoe said.

"There's been no sort of path forward." Rapinoe, who starred in the United States' 2019 World Cup triumph, said inclusion -- of racial minorities and women -- is key to progress.

She has been a vocal advocate for women's and LGBTQ rights and has joined in the demonstrations of kneeling for the US national anthem to protest racial inequality.

Asked if she would consider running for office herself, Rapinoe admitted it would be a departure.

"I'm not totally shutting the door, but it seems wild," she said.

She said her dream job would be "President, of course.

"If I'm going to do it, I want the biggest, baddest post," she said with a laugh, although she added she would "pick everyone else who's way smarter and way more qualified and way better at everything to actually do the thing.