After posting 188/6, thanks to fifties from Sushant Modani and Gajanand Singh, United States restricted Ireland for 162/6 in the first T20I match at Lauderhill, Florida. They will play at the same venue in a day-night match on Thursday. 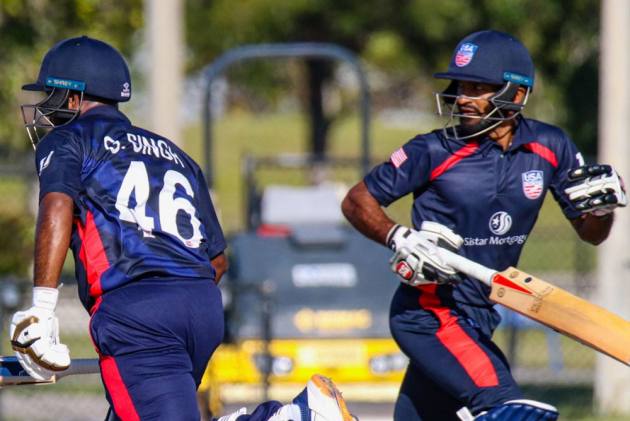 Guyanese-born Gajanand Singh scored 65 runs from 42 balls to lead the United States to a 26-run upset victory over Ireland on Wednesday in the first of two Twenty20 cricket internationals. (More Cricket News)

The U.S. won the toss and elected to bat, then got off to a terrible start, losing four wickets for just 16 runs at Broward County Stadium.

But the 34-year-old Singh, playing in only his fifth T20 international, hit five 6s and three 4s in a 52-minute blitz on the Ireland bowlers. The left-handed Singh was supported by T20 international debutant Sushant Modani, who made 50 from 39 balls and combined with Singh for a 110-run partnership for the fifth wicket.

New Zealand-born Marty Kain, also playing in his first T20 international, hit a quick 39 not out from 15 balls to ensure the U.S. finished with a highly competitive total of 188 for six wickets. The home side then restricted Ireland to 162-6.

Ireland bowler Barry McCarthy did most of the early damage, taking three of the four early U.S. wickets and four overall for 30 runs.

The new Ireland opening partnership of Paul Stirling and Andrew Balbirnie started quickly — captain Balbirnie smacked a boundary through cover off his first ball, and Stirling playing a powerful cut shot to the boundary a few balls later.

But U.S. fast bowler Muhammad Ali Khan struck first, tempting Balbirnie into a hook shot and he holed out at deep square leg. Stirling was out for 31 off the bowling of paceman Saurabh Netravalkar.

No. 3 batter Lorcan Tucker top-scored for Ireland with an unbeaten 57.

The teams will play at the same venue in a day-night match on Thursday.