Australia will play an internal trial in Brisbane from December 1-3, giving time to members of T20 World Cup 2021 winning squad to undergo a 14-day quarantine under COVID-19 pandemic protocols. 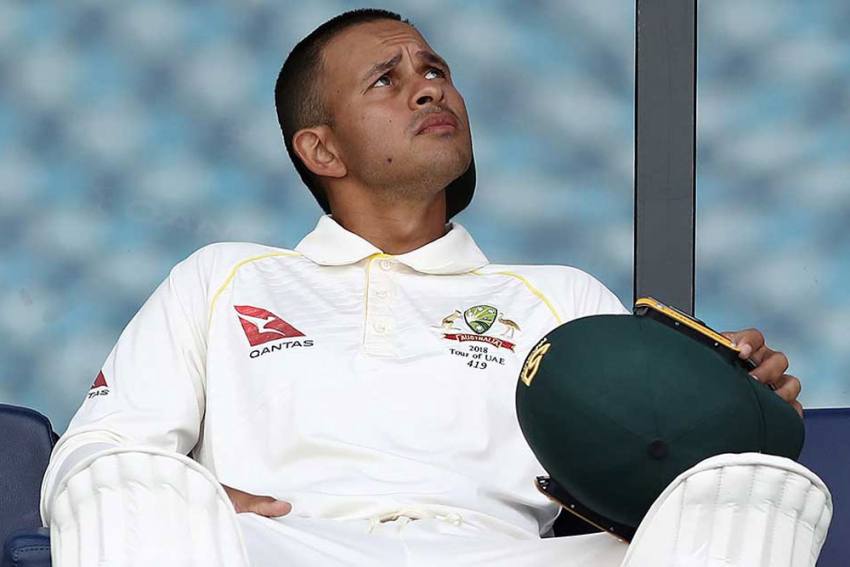 Usman Khawaja has been recalled to Australia's 15-man Test squad and could get a shot against England in the Ashes. (More Cricket News)

The 34-year-old Khawaja hasn't played for Australia since being dropped during the 2019 Ashes series, but has been in run-scoring form for Queensland in domestic cricket and could rival Travis Head for a batting spot in the middle order.

The Ashes series starts on December 8 on Usman Khawaja's home ground at the Gabba.

Australia will play an internal trial at another Brisbane venue from December 1-3, leaving enough time for members of victorious T20 World Cup 2021 squad to undergo a 14-day quarantine under COVID-19 pandemic protocols.

Australia selector George Bailey said Usman Khawaja, who averages almost 41 per innings and has eight centuries in 44 test matches, had been in “great touch” in the Sheffield Shield.

“He brings a calm, consistent and experienced component to the batting lineup and is a proven run-scorer at test level,” Bailey said.

“He also has the ability to bat across a range of positions."

Marcus Harris is likely to remain David Warner's opening partner, with Marnus Labuschagne and Steve Smith at Nos. 3 and 4 in a squad led by wicketkeeper Tim Paine.

The pace trio of Pat Cummins, Josh Hazlewood and Mitchell Starc will be backed up by Jhye Richardson and uncapped Michael Neser, while legspinner Mitchell Swepson has been included as well as veteran offspinner Nathan Lyon.

Mitch Marsh, the star of Australia's eight-wicket win over New Zealand in the T20 World Cup 2021 final on Sunday in Dubai, missed out as an allrounder in the test squad, with selectors sticking with Cameron Green.

But Marsh has been included in an A squad, giving him the chance to prove his test credentials in the trial match early next month.