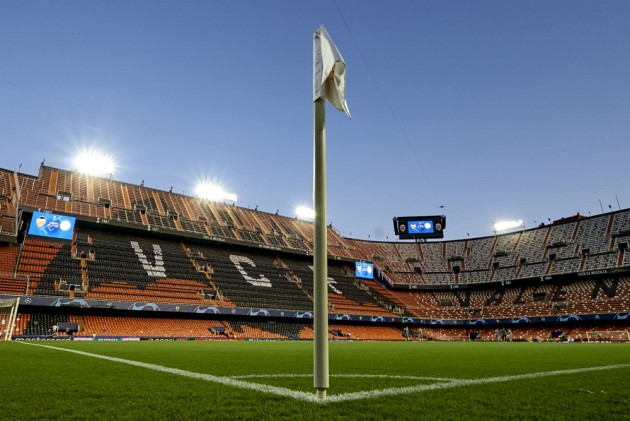 The LaLiga club say messages were left on Murthy's mobile phone in the hours after their 2-1 win over Deportivo Alaves - their first home victory under head coach Albert Celades.

In a statement, the club said: "The Valencia CF legal department have provided the police with evidence of serious threats - including death threats - sent to the club president's mobile phone in the past hours, in light of the fact that such offences carry possible penal consequences."

The club did not provide any indication as to the origin of the messages.

Murthy has been facing increasing opposition from fans during a turbulent few weeks at Mestalla.

There was further controversy this week when Santiago Canizares told Cadena COPE that Murthy had withdrawn Valencia's backing for a proposed campaign with Telefonica and the former Spain goalkeeper against childhood cancer, having been upset by Canizares' criticism of the running of the club.

In response, Valencia insisted the project had never been "definitively ruled out", adding they were "sad to hear of the recent public statements from Santiago Canizares, a club legend who is highly valued by the club and our fans".

On Saturday, a large crowd of fans with placards protested outside Mestalla, chanting against Murthy and Lim and in support of Canizares, twice a league champion and Champions League finalist in a decade at the club.

The chants continued inside the stadium when a blackout halted the match, after which Murthy was seen apparently making a shushing gesture towards the fans.

According to Onda Cero, Lim has scheduled a meeting with all the club's staff for next Tuesday, the purpose of which is unknown.