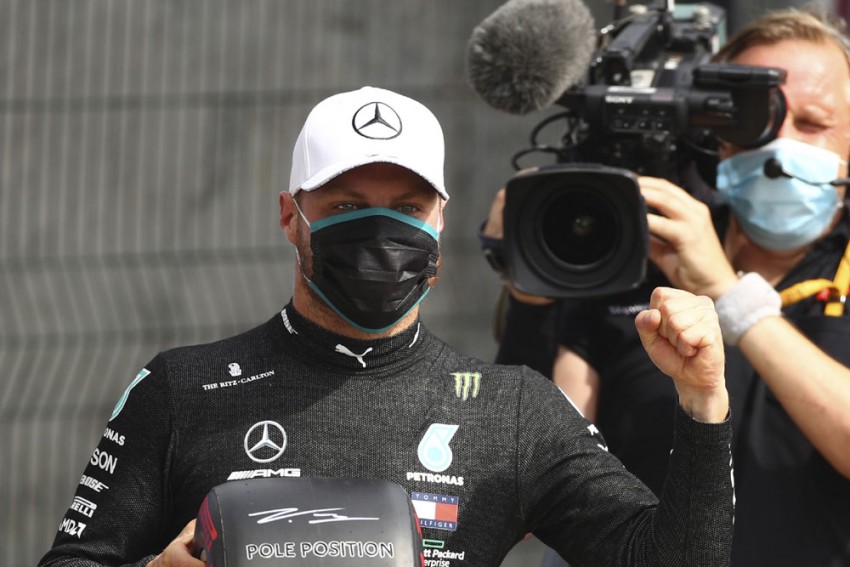 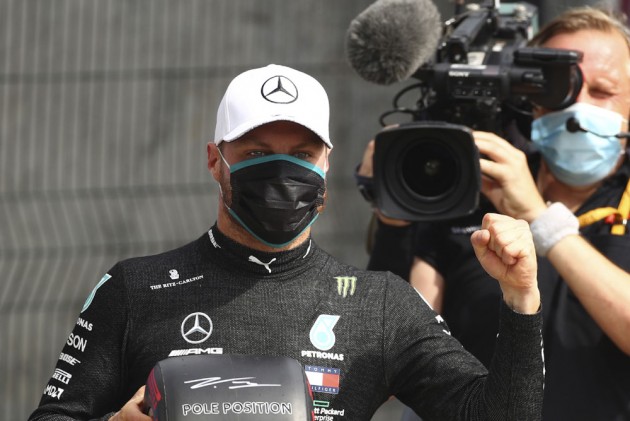 In the same week he was handed a contract for the 2021 Formula One season, Bottas produced a time of one minute 25.154 seconds to ensure he will start Sunday's race from the front of the grid.

Hamilton's final lap was 0.063secs slower than the Finn's, denying him an eighth pole at Silverstone, which would have equalled a feat only achieved by Michael Schumacher at Suzuka and Ayrton Senna at Imola.

In the midst of a difficult week Racing Point had reason to celebrate with Nico Hulkenberg – standing in for Sergio Perez after he tested positive for coronavirus – taking third ahead of Max Verstappen, while Sebastian Vettel failed to get out of Q2.

A late puncture saw Bottas slip from second to 11th in last weekend's British Grand Prix and fall 30 points behind Hamilton in the drivers' standings.

However, he put himself in a great position to make up for lost ground in with a fine final lap late on in Q3.

Hulkenberg staked his claim for a seat next season by taking a spot on the second row alongside Verstappen, who will start the race on the hard compound.

It was a significant positive for Racing Point, who were on Friday docked 15 points and fined €400,000 after an FIA investigation found their rear brake ducts were designed by Mercedes, contravening regulations.

The team have appealed against the decision, while Renault, who lodged the initial complaint, Williams, McLaren and Ferrari have also confirmed their intention to challenge it.

Vettel showed a lack of pace on the medium compound and, despite switching to soft tyres for his final run in Q2, could only go 12th quickest.