Van Dijk Or Kompany, Suarez Or Lewandowski – Who Joins Messi, Ronaldo In Team Of The Decade?

As we close in on the 2020s, Omnisport reflects on the previous 10 years and selects a Team of the Decade 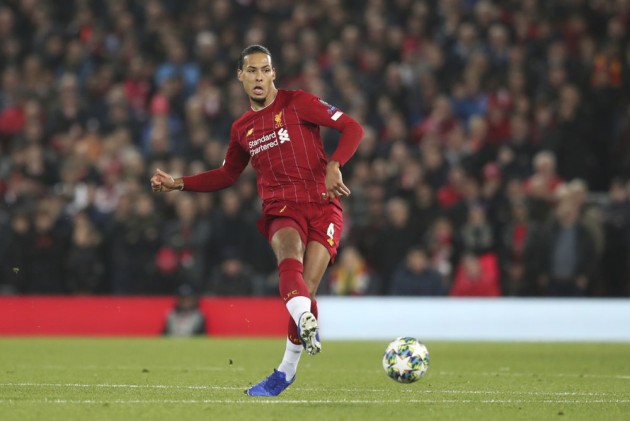 Lionel Messi and Cristiano Ronaldo have dominated the 2010s in terms of individual awards and moments of pure inspiration. (More Football News)

Future generations will look back on this past decade as a period obsessed with the two generational talents - their often-exaggerated rivalry exacerbated by spending such a long time on opposite sides of the Clasico divide.

But, while Ronaldo and Messi have filled more column inches than any other player on the planet, there are plenty of others who have been world leaders in their respective positions.

Having looked back over the last 10 years, using Opta data for inspiration, we have selected a Team of the Decade. But who makes the cut?

Is David de Gea selected in goal? Does Luis Suarez join Messi in attack? Has Virgil van Dijk done enough for inclusion? Find out below...

Leo #Messi has scored at least  goals (club & country) in 9 of the last 10 calendar years!

OMNISPORT TEAM OF THE DECADE

There is not much more Manuel Neuer could have achieved over the past 10 years. For much of that time he has been one of the globe's most dependable goalkeepers, even if he has shown signs of decline since a spate of foot injuries. A veteran of seven Bundesliga title triumphs and a World Cup winner with Germany, Neuer boasts a save percentage of 74.2 per cent and has comfortably the most clean sheets (139) this decade in the German top flight.

Has there ever been a better right-back than Dani Alves? The Brazilian stands to leave an impressive legacy, not just through his thrilling style of play, but with his record-breaking trophy haul of 43 after captaining Brazil to Copa America success this year. Despite being a right-back, he claimed 67 assists in league action through the 2010s, though his greatest contribution came in LaLiga with Barcelona, for whom he set up 51 goals. Marcelo (48) is the closest to him, but he has played 77 times more than the current Sao Paulo star.

Although a brilliant player at his best, it is understandable to suggest Vincent Kompany never reached his ceiling due to injuries. Nevertheless, the Belgian will go down as a Premier League great such has been his impact with Manchester City, with whom he enjoyed four title wins. Kompany recorded 83 Premier League clean sheets in the 2010s, just 10 fewer than record-setter Kyle Walker, who has played 57 more matches. His leadership qualities have been missed by City this season.

Sergio Ramos is a player who often polarises opinion, but he's one of only three players to have been at Madrid for the entire decade, so he must be doing something right. An undisputed leader and fierce competitor, Ramos is a big-game player like few others and boasts a goal-scoring record even many midfielders would be happy with, having netted 43 times in LaLiga since the start of 2010, more than any other defender. Over the past 10 years, he's helped Los Blancos to a remarkable four Champions League titles, while he won the 2010 World Cup and Euro 2012 with Spain.

At his best, Jordi Alba was almost unstoppable. The flying left-back became a staple and key outlet for one of the great Barcelona teams, with his driving runs – on or off the ball – often creating havoc. A master at making a darting run into the box before cutting a pass back to create a chance, Alba has 38 LaLiga assists to his name for Barca, a record bettered by only Dani Alves and Marcelo among defenders. He gets the nod ahead of his Madrid counterpart as his assist haul is from 72 fewer matches.

The only player to break the Cristiano Ronaldo-Lionel Messi Ballon d'Or duopoly, Luka Modric has enjoyed a wonderful decade. A vital part of the Croatia team that enjoyed an historic run to the 2018 World Cup final, Modric also played a big role in Madrid's incredible Champions League domination. Toni Kroos (11,260) is the only midfielder to have completed more passes in LaLiga than Modric (10,759), while he laid on 42 assists and created 522 chances.

@lukamodric10: "The Ballon d'Or is a reward for my whole career and it's also one for the madridistas"

If there was an award for the most likeable player of the decade, N'Golo Kante would surely be a frontrunner. Sadly there is no such thing, so he'll have to contend with inclusion in this team. Arguably the key cog in Leicester City's remarkable Premier League title win, Kante followed that up with the similarly impressive form at Chelsea and with France, winning the World Cup with Les Bleus last year. He has made 912 tackles and interceptions in the Premier League, putting him fifth among players with 200 appearances or fewer this decade, and each of those who rank higher have played at least 20 matches more.

When David Silva leaves Man City at the end of the season, there will inevitably be a debate as to whether he can be regarded as the Premier League's greatest 'import'. That this will even be suggested tells you the impact he has had. No one gets close to Silva's record of 89 Premier League assists in the 2010s, with the Spaniard almost certainly the most consistent creator the division has seen in the past 10 years. He was similarly important for Spain until his post-World Cup retirement last year, having previously lifted the trophy in South Africa in 2010 and at Euro 2012, eventually accumulating 125 caps.

Where does one even begin with Lionel Messi? If any single player has defined the 2010s – from an individual perspective – in world football, it is surely the Barcelona talisman. In LaLiga, Messi has amassed 505 goal involvements (369 goals, 136 assist) in 343 matches since the start of the decade, routinely carrying Barca to victory. He has won every trophy possible with the Blaugrana over the past 10 years and claimed five Ballons d'Or, with his 2019 victory giving him a record-breaking sixth. Although now 32, he remains frighteningly decisive – all that eludes him is international success with Argentina.

And the leading goalscorers in Europe's top leagues?

A long list of immense strikers have starred throughout the 2010s, but arguably chief among them – Ronaldo aside – is Bayern Munich's Robert Lewandowski. Having moved from Borussia Dortmund, whom he helped turn into Champions League contenders, the Poland international has developed into a remarkable all-round striker. In 307 Bundesliga games he has 221 goals from 1,163 attempts, meaning he scores every 5.2 shots – by contrast, Ronaldo needs 6.4 efforts per goal. Although he is yet to win Europe's elite club competition, there is little doubt the Pole appears to be getting better with age having already notched 19 league goals this term, just three short of his total for 2018-19.

In the somewhat tiresome 'Ronaldo or Messi' debate about which superstar is "better", the former can at least point to his international successes with Portugal as something that sets him apart, having lifted Euro 2016 and the 2018-19 Nations League. That is just the tip of the iceberg for his brilliance in the 2010s, however. Across spells with Real Madrid and Juventus, Ronaldo has scored 335 league goals and laid on 95 assists. With Los Blancos he helped inspire four Champions League successes, also winning a couple of LaLiga titles. What a privilege it has been to see Ronaldo and Messi in the same era.