IPL 2021 finalists, KKR were languishing at the seventh spot after the India leg was suspended in May this year due to COVID-19 outbreak. 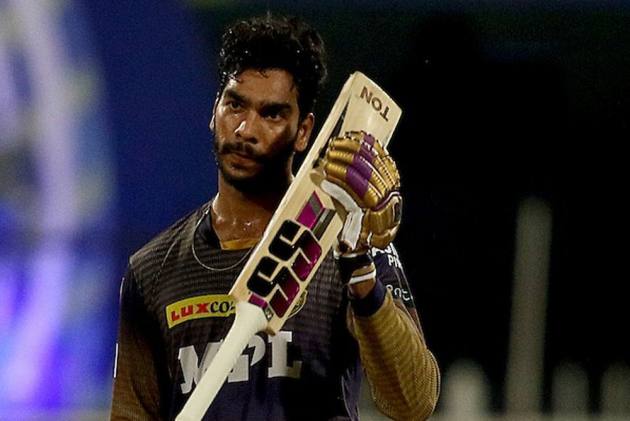 Kolkata Knight Riders head coach Brendon McCullum says young Venkatesh Iyer, with his flamboyance, played the role of a catalyst in turning around the fortunes of the side in the second leg of the just-concluded IPL in Dubai, UAE.

KKR was languishing at the seventh spot after the India leg was suspended in May this year due to COVID-19 outbreak in the tournament's bio-bubble, but the Eoin Morgan-led side made a fantastic turnaround in the UAE phase, finishing as runner-up after losing to Chennai Super Kings by 27 runs in the final on Friday night.

"He (Iyer) will be challenged to change his methods at times too. He might not necessarily be the most consistent because of his flamboyancy. But I hope he remains the Venkatesh Iyer that we have seen so far," McCullum said at the post-match press conference.

"He's got an enormous future in this game and he's a very intelligent man. He was a big catalyst for our turnaround this season."

McCullum said Iyer's has been "incredible story" after the lanky southpaw from Indore amassed 370 runs from 10 games this season.

"But look, Venkatesh Iyer has been quite an incredible story. Looking back, he was actually going to play the last game, the next game when we were in India. In a funny way, the break came at a good time there," he said.

"It gave him an opportunity to just get another couple of months of cricket under his belt, to understand that his opportunities weren't too far away," said the former New Zealand wicket-keeper.

Himself a big advocate of aggressive brand of cricket, McCullum felt Iyer should not change his attacking game.

"For him, it was a matter of bringing the game which he owns – the Venkatesh Iyer game plan to the table, which is aggressive intent.

"He's a big presence, he's a tall man. He plays the game with a bit of a cavalier kind of streak. And that is so important that he holds on to it," said the KKR head coach.

Asked about Iyer's chances of featuring in KKR's retention list next season, McCullum quipped: "Look, we will deal with it next season."