Venkatesh Iyer, who plays as an all-rounder for Kolkata Knight Riders in IPL and Madhya Pradesh in the domestic circuit, has been impressive with his consistent form. 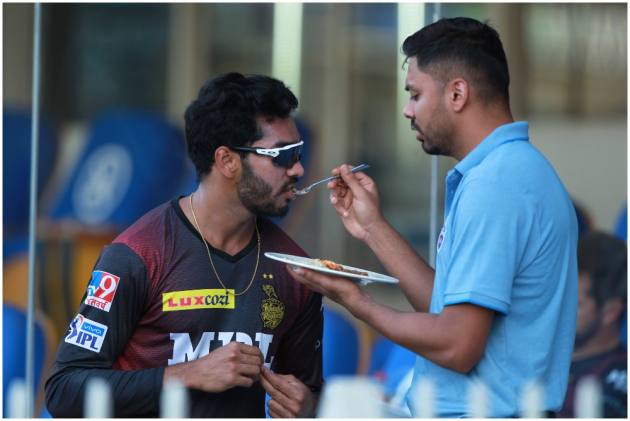 For 26-year-old Venkatesh Rajasekaran Iyer, the last couple of months have been a gamechanger.

When the Madhya Pradesh all-rounder smacked a 27-ball unbeaten 41 against Royal Challengers Bangalore on his IPL debut on September 20, 2021 for Kolkata Knight Riders, never did Iyer think that in less than two months, he will be called up to play for the Indian cricket team.

“I didn’t have any expectations,” Venkatesh Iyer told Outlook on Wednesday, a day after he was named in the 16-member India’s T20 squad that will play New Zealand in a three-match series starting November 17 in Jaipur.

It was his Madhya Pradesh teammate Avesh Khan, who broke the good news to him in Delhi on Tuesday.

“I was extremely happy. I am happy for him (Avesh) as well as he has been putting in all the hard work all these years. Knowing that he has been picked alongside me is a proud moment as well,” said Iyer. Avesh Khan played for Delhi Capitals in IPL 2021.

Venkatesh Iyer’s inclusion in the Indian T20 squad has purely been as an all-rounder. He is seen as Hardik Pandya's replacement.

Mumbai Indians' all-rounder Pandya played an important tournament like the T20 World Cup without full fitness. He scored 11 (vs Pakistan) and 23 (vs New Zealand). India lost both the matches to effectively crash out at the group stage.

“I am taking things as they come. I am happy that I have been called (in the Indian national team),” added Iyer, who is currently travelling with his state side for the Syed Mushtaq Ali Trophy.

Iyer's IPL credentials made him an automatic choice when the selectors named the Indian team for the New Zealand series.

Besides the 370 IPL runs this season, Iyer has got three wickets during the IPL in UAE. Venkatesh Iyer also has six half-centuries and seven wickets for Madhya Pradesh in Ranji Trophy.

“I must say that it was not just about IPL that gave me belief that I could represent my country. When I was playing Ranji Trophy, Vijay Hazare Trophy and Syed Mushtaq Ali for my state Madhya Pradesh, I always knew that if I carry on with good performances in domestic cricket, I would play for India one day,” he said.