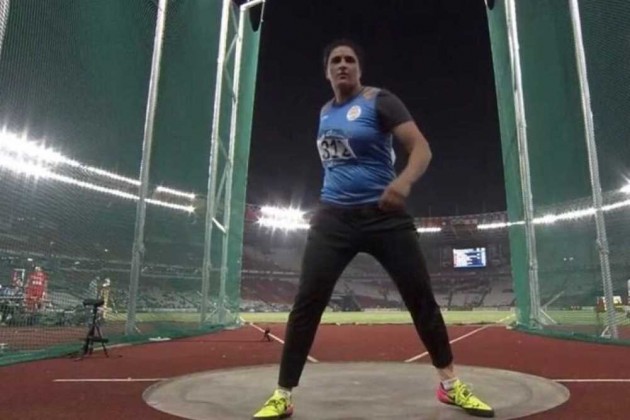 Veteran discus thrower Seema Punia on Tuesday qualified for Tokyo Olympics with a best effort of 63.70m while winning gold on the final day of the National Inter-State Athletics Championships in Patiala. (More Sports News)

The 37-year-old Punia, who had won a silver in the 2018 Commonwealth Games and a bronze in the 2018 Asian Games, breached the Olympic qualifying mark of 63.50m.

Many congratulations to Seema Punia who booked her #TicketToTokyo with a throw of 63.72m in the women’s discus throw at the National Inter-State #Athletics Championship.


Punia had reached Patiala from Minsk, where she had taken part in Belarus Open Championship last week, in the wee hours on Sunday.

She went past the 60m mark on four of her five legal throws and found the power to breach the Olympic qualifying mark in her fourth try.

Without a world ranking since she was nursing a glutes (muscles of buttocks) injury, Punia was taking part in only her third competition since the 2018 Asian Games.

She threw 62.64m in the Federation Cup here in March and after managing 58.62 in Minsk on June 25, she secured her ticket to Tokyo Games with her first throws of over 63m since August 2004 in Kiev.

"I know I can throw farther with my training but I was wary of aggravating the issue with my glutes muscles. I have worked hard over the last two and half years since the Asian Games and am happy that I could secure qualification today," Punia said.

"I will consult the Athletics Federation of India and draw up my training programme for the Olympic Games," she added.

Punia will be the second Indian woman to take part in the event in the Tokyo Olympics after national record holder Kamalpreet Kaur, who threw the iron disc to a distance of 66.59m in the Indian Grand Prix 4 on Monday last.

Kaur did not start in the event on Tuesday, though her name was there initially.

The AFI's selection committee will meet on Saturday to pick the Indian team for the Olympics.