Victorian premier Daniel Andrews is confident the Australian Open will go ahead in 2021, amid concerns over international travel due to coronavirus. 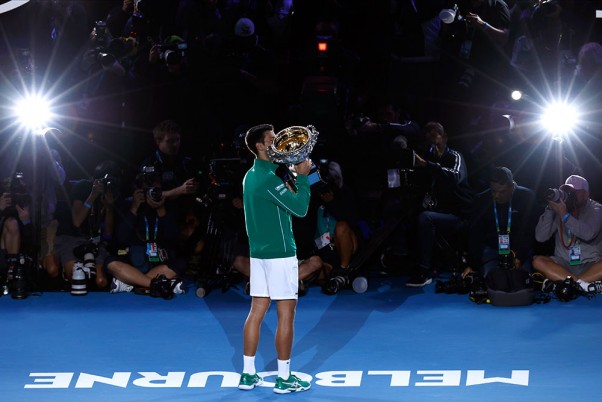 Victorian premier Daniel Andrews is confident the Australian Open will go ahead in 2021, amid concerns over international travel due to the coronavirus pandemic. ( More News)

The Tennis Channel reported on Tuesday that the Australian government was not allowing players to enter the country in December.

It came days after reports said lead-up events would be held in Victoria, rather than around Australia, to minimise travel ahead of the year's first grand slam.

Speaking to reporters on Wednesday, Andrews said there was still work to be done with organisers, but he is confident the tournament at Melbourne Park will go ahead.

"We are working very, very closely with Tennis Australia. They are working with all of their partners, we're confident that we'll finish up with an Australian Open. It's a very important event, but there's a lot of work to be done to make sure that's as safe as possible, not just for the broader Victorian community from a public health point of view, but it's got to be safe for those who are involved in the event, staff who work there.

"It's a massive task so there is more work that has to be done and we're deeply engaged with Tennis Australia and others to get that outcome and when that work is finished, we'll be able to say more."

Melbourne is always a big hit with the pros    #LetsMelbourneAgain #AusOpen pic.twitter.com/Tqc28lQXEV

On Wednesday, Victoria recorded its 19th straight day with no coronavirus cases.

Reports had suggested players would arrive in Australia in mid-December to quarantine prior to playing events.

In a note to players on Tuesday, the ATP confirmed there had been changes and it pointed to making plans for January.

"In discussions with Tennis Australia over the past 24 hours, we have been informed there are some new challenges around the previously planned arrival dates for players and team members," it read.

"We continue to work with Tennis Australia on confirming plans for January, and we will provide an update as soon as more information is available in the coming days.

"We understand there is uncertainty about the start of the 2021 season, and we are working as hard as possible to deliver the best possible calendar of events to players, maximising points, jobs and prizemoney opportunities."