Ruturaj Gaikwad, who was retained by CSK ahead of IPL 2022, already has three centuries in four Vijay Hazare Trophy 2021 matches and is also the leading run-getter currently. Iyer is second on the table. 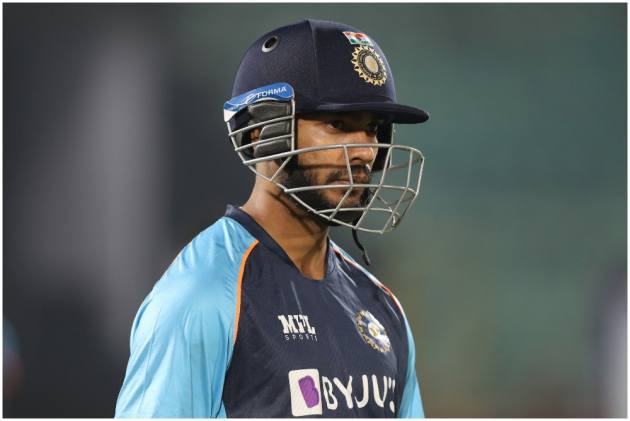 Two of the most exciting youngsters in Indian cricket are celebrating their Indian Premier League (IPL) 2022 retention with big hundreds in the ongoing Vijay Hazare Trophy 2021. (More Cricket News)

With their bats doing the talking, both Venkatesh Iyer and Ruturaj Gaikwad have taken a step forward in drawing the attention of the national selectors ahead of a packed international 2022 calendar.

Iyer, who is one of the four Kolkata Knight Riders players retained for the IPL 2022, scored a 112 and a 71 in the first three matches of the Vijay Hazare Trophy. On Sunday in Rajkot, Iyer blasted a dazzling 151 that included 10 sixes and eight fours after coming into the crease when Madhya Pradesh were 56/ 4.

Venkatesh Iyer added 122 runs with his captain Aditya Shrivastava, who departed after hitting 70. But there was no stopping Iyer as his batting pyrotechnics yielded Madhya Pradesh a whopping 70 runs in the last five overs. Madhya Pradesh finished at 331/9 before restricting Chandigarh at 326/8.

On the other hand, Chennai Super Kings’ star opener Ruturaj Gaikwad continued his IPL 2021 form with three Vijay Hazare hundreds in four matches already. The right-handed opener, who won the IPL 2021 Orange Cap, is currently sitting at the top of Vijay Hazare Trophy 2021 top run-getters list with 435 runs ahead of second-placed Iyer.

Good form by Iyer and Gaikwad puts a lot of pressure on senior pros like Hardik Pandya and Shikhar Dhawan. It remains to be seen if Iyer and Gaikwad are picked in the ODI squad for South Africa.

Gaikwad, who has played only two T20 internationals in Sri Lanka, didn’t get a chance thereafter in ODIs but his domestic figures put him ahead of Dhawan. The Maharashtra opener has 136 (vs MP), 154 not out (vs Chattisgarh) and 124 (vs Kerala) against Dhawan’s 44 in four games in the ongoing domestic one-day competition.

Another batsman that can’t be ignored is Andhra Pradesh wicketkeeper KS Bharat. He can be groomed as Rishabh Pant's backup. Bharat’s 161 not out against Himachal Pradesh on Sunday in Vijay Hazare Trophy 2021 is a testimony of what he can bring to the side.

Bharat has already impressed everyone with his glovework in the first Test vs New Zealand in Kanpur when he had to take the field in place of the injured Wriddhiman Saha.

With Rahul Dravid known for giving youngsters a chance and the 2023 World Cup (50-over) at home looming, the ODI squad for the South Africa series will definitely have some young faces as a start of the grooming process for the big event in a year’s time.