Chandigarh, playing their second domestic season, chased down Bengal's 253/9 with seven balls to spare to climb up to the top of the group table 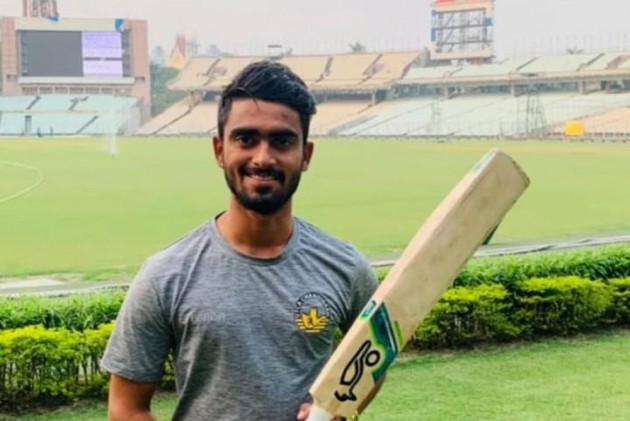 Fresh from their win over neighbours Haryana, Chandigarh who were playing their second domestic season chased down Bengal's 253/9 with seven balls to spare to climb up to the top of the group table, ahead of Saurashtra on the net-run rate.

Saurashtra secured a thrilling one-wicket win over star-studded Haryana at the 22 Yards Academy in Saltlake.

Hosts Bengal, who made a group stage exit in the Syed Mushtaq Ali T20s, dropped to the third spot with one win and a loss.

Sent in, Bengal found themselves caught in a spin web of Chandigarh trio of Gaurav Gambhir (2/45), Bipul Sharma (2/50) and Gurinder Singh (2/47) as the hosts lost wickets at regular intervals to be restricted to 253/9.

The only bright spot in Bengal's lacklustre batting show was allrounder's Shahbaz Ahmed's 66-ball 59 that provided some stability in the middle before tailenders Akash Deep (25 not out from 13 balls) and Mukesh Kumar (16 from 15b) took the total past 250.

Chandigarh responded with a commanding opening partnership of 126 runs by the duo of Arslan Khan (88 from 95b; 9x4) and skipper Manan Vohra (45 from 68b; 3x4) before the in-form Shivam Bhambri took charge with a calm and composed 71 not out.

With Chandigarh going strong in their chase, Bengal made some inroads in the death overs by picking up three wickets for one run to see the visitors 230/5, needing 24 runs from 22 balls.

But Bhambri, who was scintillating form in the Syed Mushtaq Ali with three successive half-centuries, held his nerve and sealed the chase with his unbeaten knock from 74 balls that had seven fours and one six.