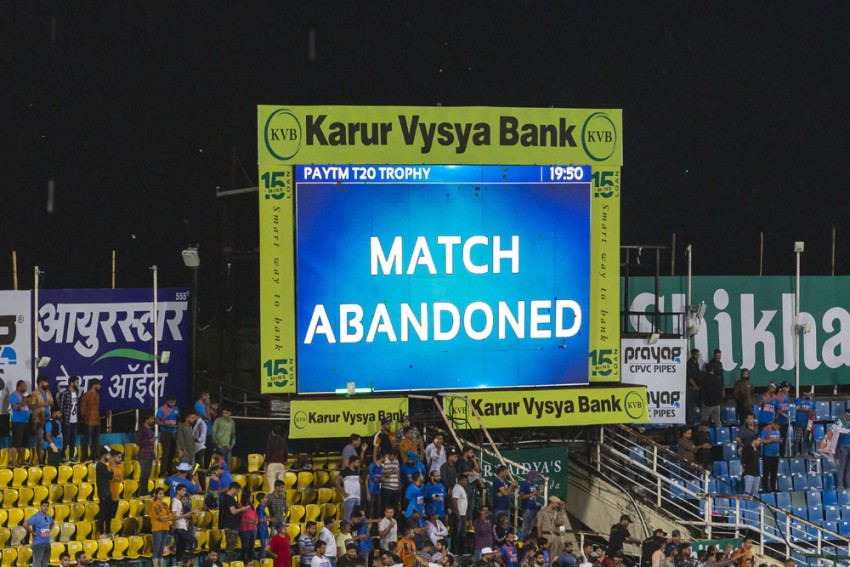 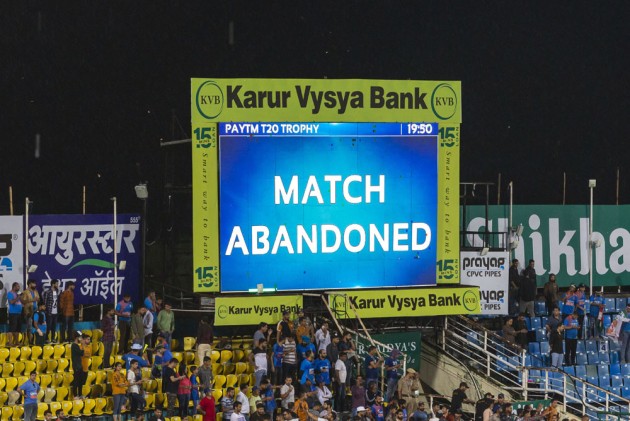 Defending champions Mumbai have had a wet start to their Vijay Hazare Trophy campaign, after their second game against Jharkhand was also abandoned due to inclement weather at Bengaluru on Wednesday. (More Cricket News)

Mumbai's first game against Saurashtra in the Elite Group A of the national ODI championship was abandoned due to rains without a single ball being bowled.

And their game against Jharkhand, which was scheduled to be played at Just Cricket facility here, also witnessed a similar fate, a source from the team said.

The four points were thus equally split among the two teams.

Likewise, the two other Group A games -- Kerala versus Chhattisgarh and Hyderabad versus Goa -- were also abandoned due to inclement weather. Both these games were to be played in Alur on the outskirts of the city.

The points were split equally between the teams.

Mumbai is scheduled to play Karnataka next on Sunday, September 29 at the M Chinnaswammy Stadium.