Overnight rain meant all six teams in Group B of the Vijay Hazare -Tournament -- Baroda, Punjab, Haryana, Uttar Pradesh, Himachal Pradesh and Maharashtra -- got two points each; but Chhattisgarh beat Andhra to continue their winning run 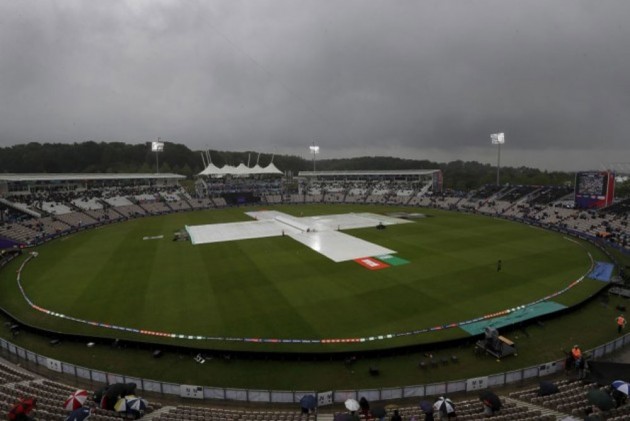 All matches of the Vijay Hazare Elite Group 'B' were washed out without a ball being played due to a wet outfield for the second consecutive day at Vadodara, but Chhattisgarh continued their winning run by beating Andhra by 56 runs in the Group A game at Bengaluru on Sunday. (More Cricket News)

Asked to bat first, Chhattisgarh, who had stunned defending champions Mumbai on Saturday, crawled to 268/9 in their allotted 50 overs at the Alur cricket stadium II near Bengaluru.

After opener Jiwanjyot Singh (16) fell early, Shashank Chandrakar (54) and one-down Ashutosh Singh (75) rallied the innings with their 50-run stand for the second wicket.

Shashank and skipper Harpreet Singh Bhatia (16) fell cheaply, but that did not deter Ashutosh from playing his shots as he completed his 50 in 71 balls. His 93-ball knock had six fours.

But the Andhra bowlers made a significant comeback as they did not allow the opposition batsman to settle. Ashutosh walked back to the pavilion, following which Amandeep Khare
(27) also fell early. Then only Shashank Singh made a quick-fire 45 off 25 balls, with two fours and four sixes, to ensure that his team got past the 260-run mark.

The chase began well for Andhra as their openers conjured 48 for the first wicket before Ashwin Hebber (22) was caught by Puneet Datey off Shashank Singh. Another opener D B
Prashanth Kumar (44) and K S Bharat also fell as Andhra were in a spot of bother at 90-3.

Chhatisgarh bowlers kept taking wickets at regular intervals and the Andhra innings eventually folded up at 212, way short of their target. Shashank Singh, an offie (3-37) was the pick of the bowlers, while right-arm medium pacer Puneet Datey (2-40) and slow-left arm orthodox Ajay Mandal (2-34) grabbed two wickets each.

In another Elite Group A match at Alur, Kerala defeated Hyderabad by 62 runs, with right-arm medium pacer K M Asif shinning with the ball and returning with figures of 4-34 as he rattled the Hyderabad batting order.

And in the third match of the Elite Group A held at Just Cricket here, Goa defeated Jharkhand by 42 runs to bag four points.