Skipper Rishi Dhawan top-scored with a 77-ball 84 to help Himachal recover from a mid-innings collapse and post 281/6. In reply, Services were bundled out for 204 in 46.1 overs with Dhawan taking four wickets for 27. 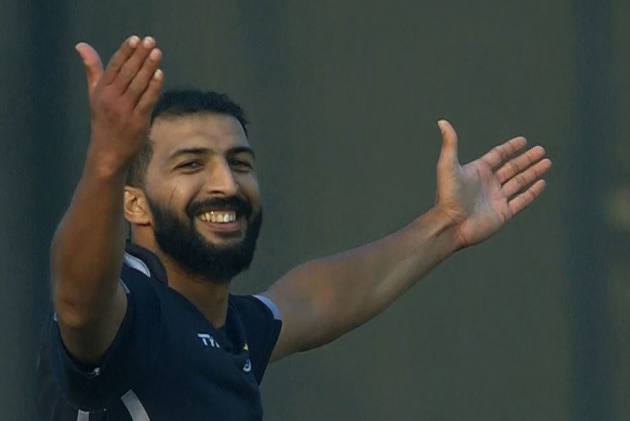 Rishi Dhawan led from the front with an all-round show as Himachal Pradesh beat Services by 77 runs in the semi-final at the Sawai Mansingh Stadium, Jaipur on Friday, to set up the title clash against Tamil Nadu in the Vijay Hazare Trophy domestic One-Day championship. (More Cricket News)

Batting at No 6, the Himachal Pradesh skipper top-scored with a 77-ball 84 to help his side recover from a mid-innings collapse and prop up a fighting 281 for six.

In reply, Services were bundled out for 204 in 46.1 overs with Dhawan being the wrecker-in-chief with figures of four for 27 from 8.1 overs.

Earlier, Dhawan hit nine boundaries and one six, and got perfect support from Akash Vasisht, who smacked four boundaries and two sixes in his quickfire 45 not out from 29 balls.

Put on, Himachal lost Shubham Arora in the second over of the day and thereafter Prashant Chopra (78 off 109 balls) and Digvijay Rangi (37 off 59 balls) were at their watchful best.

It meant Himachal were slow to start off the blocks, taking 22.2 overs to reach the 100-run mark.

Trying to accelerate the scoring, Himachal lost three wickets for 24 runs in the middle overs to find the team at 106 for four at the half-way mark.

Off-spinner Rahul Singh gave the breakthrough dismissing Rangi, while Nikhil Gangta (16) was run out after a brilliant throw from Mohit Ahlawat.

Services pace spearhead Diwesh Pathania then trapped Amit Kumar for a duck as Himachal looked in a spot of bother.

But Dhawan arrested the slide, playing a perfect fiddle to the well-set Chopra, the duo stitching 88 runs for the fifth wicket.

Chopra, however, failed to convert his start and got out in the 42nd over and then it was Dhawan-Vasisht show as they seized the momentum in the death overs with their counter-attacking show.

The duo were involved in an entertaining 83-run partnership before Dhawan got out in the final over.

Dhawan, the seam-bowling all-rounder, then came to the party with the ball, taking the first two Services wickets -- Lakhan Singh (7) and Mohit Ahlawat (6) -- for 36 runs inside 13 overs.

Vasisht also followed up his superb show with the bat by bagging 2 for 28 with his left-arm spin.

Services skipper Rajat Paliwal kept the team in the hunt with a fine half-century (55 off 66 balls) as they needed 133 runs from 15 overs.

But Siddharth Saxena then dismissed Paliwal and Pulkit Narang to derail Services' chase.

Saxena also ran out wicketkeeper batsman Devender Lochab as Services lost two wickets in succession in the 41st over.

Later, Dhawan polished off the tail, castling Raj Bahadur en route to his fourth wicket to seal the issue for Himachal.