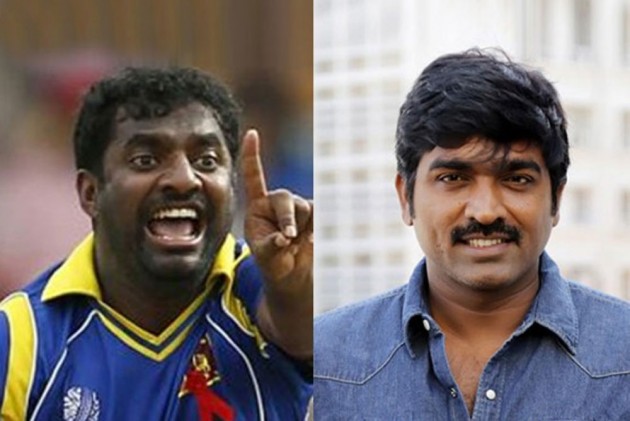 Tamil film hero Vijay Sethupathi has pulled out of “800”, the biopic on Sri Lankan spin legend Muttiah Muralitharan. The actor announced his decision through a cryptic tweet that merely said, “Nandri, Vanakkam” which translates into “Thank You, Goodbye,” to Muralidharan’s request that the star withdraws from the project. (More Cricket News)

Murali himself, through a statement, had urged Sethupathi (44) to withdraw from the film since he did not want a talented artist like him to face hurdles in any of his future projects due to his appearance in the film and the strong reaction it has evoked. Murali said he would continue to cooperate with the film’s makers to complete the project so the world would know about his struggle as a young cricketer. Two days back Murali had issued a detailed statement refuting allegations that he had supported the Rajapaksa government in the war against the LTTE which had culminated in May 2009 amidst allegations of genocide of innocent Tamils.

Various film personalities of Tamil cinema had also urged Sethupathi to reconsider his playing the title role in the biopic in view of the controversy generated by statements attributed to Murali. After the motion poster of the picture was released many Tamil groups had demanded Sethupathi’s withdrawal from the project since Murali had never supported the Tamil Eelam cause and had instead been a supporter of the Rajapaksa government in its war against the LTTE.

When the film was announced last year with Sethupathi as the lead, there were loud protests claiming that Murali was a supporter of the Rajapaksa government accused of genocide of Tamils during the final stages of its war against the LTTE in 2009. At that time Sethupathy had declared that the film would not portray anything that would hurt Tamils since “I would not like to lose the support of the people who love me.”

The Tamil film to be shot in Sri Lanka, India, U.K and Australia from next year and to be released by the end of 2021 will also be dubbed in all South Indian languages, as well as Hindi, Bengali, and Sinhalese. An international version with English subtitles is also being planned.

The motion poster depicts drawings of war scenes, explosions and even the infamous LTTE shootout of a bus carrying Lankan soldiers that sparked the 1983 anti-Tamil riots. It also shows Murali bowling in the backdrop of all this violence and also being no-balled for his suspect action and later disproving the same.

Murali, who is married to the daughter of a Tamil doctor couple from Chennai, is presently the bowling coach of IPL team Sunrisers Hyderabad, which is owned by Sun TV's Kalanithi Maran, who is the cousin of DMK president M.K. Stalin and elder brother of DMK MP Dayanidhi Maran.