Undefeated in his 10-bout pro career so far, the Vijender Singh was originally scheduled to have his first fight on US soil in April in Los Angeles but an injury sustained during a sparring session delayed it. Now he will face Mike Snider. 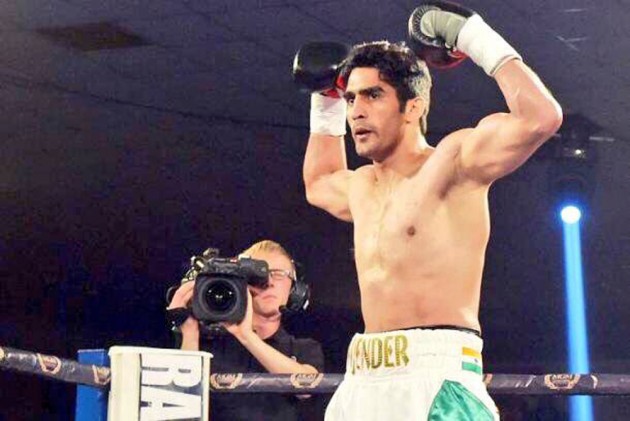 Indian boxing star Vijender Singh will make his debut in the US professional circuit on July 13 against local favourite Mike Snider in Newark, New Jersey.

Undefeated in his 10-bout pro career so far, the 33-year-old Indian was originally scheduled to have his first fight on US soil in April in Los Angeles but an injury sustained during a sparring session delayed it.

"...@boxervijender will make his US debut on 13 July at the Prudential Centre in Newark, New Jersey under @trboxing against Mike Snider. It is set to be an eight round contest. Snider has a record of 13-5-3...," Vijender's India promoters IOS Boxing Promotions said.

Vijender had signed up with Hall of Famer Bob Arum's Top Rank Promotions for his US stint.

During his injury-forced break, Vijender returned to India and contested the Lok Sabha elections on a Congress ticket. He fought from the South Delhi constituency but could not win.

Snider last competed in February earlier this year. The bout was against Tommy Hughes in Chicago and Snider lost via TKO in round five.

Vijender, on the opther hand, has not competed for more than a year. He last fought against Ghana's Ernest Amuzu in Jaipur in 2017, winning the bout via a unanimous decision.