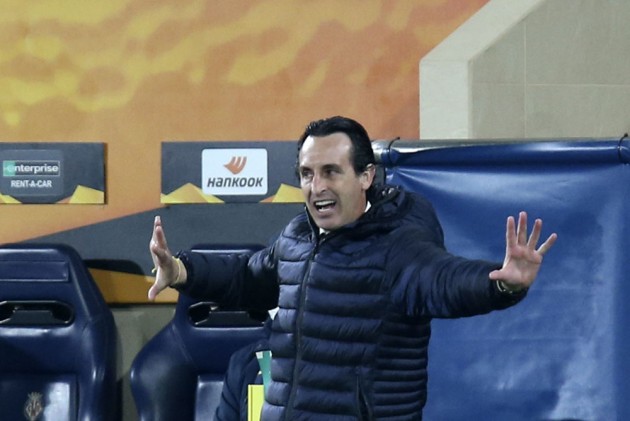 Unai Emery will face former employers Arsenal in the Europa League semi-finals after his Villarreal side eased past Dinamo Zagreb, with a 2-1 result at home clinching a 3-1 aggregate triumph. (More Football News)

Gerard Moreno's penalty in the first leg gave the LaLiga side a slender advantage and the in-form striker was on target again on Thursday, taking his tally for the season in all competitions to 25.

Paco Alcacer scored the opener as Villarreal made it eight successive wins in the competition - they will host the Gunners in the first leg on April 29, with the return fixture a week later.

Zagreb had stunned Tottenham with a second-leg comeback in the previous round and while Mislav Orsic did pull a goal back, the Croatian champions saw their involvement in the tournament come to an end.

Villarreal had already seen Samuel Chukwueze clatter a left-footed volley against the post before eventually opening the scoring in the 36th minute.

Alcacer rewarded the home team's dominance with a tap-in finish, though the goal was only awarded after the involvement of the video assistant referee as Chukwueze - who squared the ball for his team-mate to score - had initially been ruled offside.

Moreno added a second prior to the half-time interval, quickly reacting to a sharp save by Dinamo goalkeeper Dominik Livakovic to impressively convert the rebound on the turn.

However, it was Villarreal went the closest to scoring again, Chukwueze striking the woodwork for a second time before Livakovic denied him a goal his performance deserved with a superb save.

23 - Only Lionel Messi (27) & @lewy_official  (25) has been involved in more goals in all competitions in 2021 than Gerard Moreno (23, 17 goals + six assists) between the Top 5 European Leagues' players. Timely@Eng_Villarreal #UEL #EuropaLeague pic.twitter.com/eF869CnIpF

What does it mean? Emery gets Gunners reunion

Villarreal have never made it to a final in a major European competition but Emery is the ideal man to see them end that wait.

The Spaniard lifted the Europa League trophy three times while in charge of Sevilla, plus also made the final in 2019 with Arsenal – a game that ended in a 4-1 defeat to London rivals Chelsea in Baku.

Emery was sacked by the Gunners in November of that year following a seven-game winless run. In contrast, he is set to make a return to Emirates Stadium with his current team in fine form.

Moreno has now scored nine times in his past seven outings, a red-hot run that includes a goal for Spain against Kosovo. Only Lionel Messi and Robert Lewandowski have been involved in more goals in all competitions in 2021 than the former Espanyol forward (17 goals and six assists) in the top five European leagues.

Alcacer and Moreno scored but Chukwueze was Villarreal’s star performer. The only thing missing was a goal, though it was not for a lack of trying – he had six shots, albeit only two were on target.

Villarreal - who sit seventh in the LaLiga table, just a point behind fifth-placed Real Sociedad - travel to Levante on Sunday, while Dinamo host Istra 1961 in domestic action on the same day.