Villarreal Vs Barcelona, Live Streaming: When And Where To Watch Barca's Season Defining La Liga Match 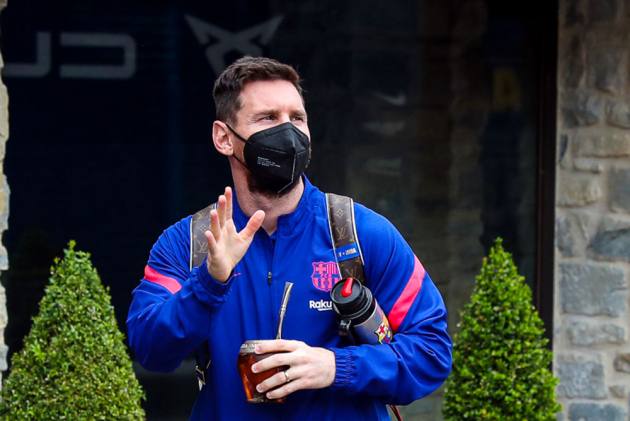 Leaving aside their European Super League dreams, Barcelona's La Liga title hopes are very much in their own hands. If they can win the remaining seven matches, the Spanish league title is theirs. And their first test now is against Villarreal, a side fighting for a European slot. (More Football News)

Ronald Koeman won his first trophy as Barca manager last week with a comfortable 4-0 win over Athletic Bilbao in the Copa del Rey final. But the cup trophy always pales in comparison against the league prize. And doing a domestic double in his first season will be massive considering all the internal strife, featuring Lionel Messi and finances, and also the club's role in the breakaway Super League which rocked the football world.

Here are the confirmed teams:

Barca enter the match five points behind leaders Atletico Madrid. But the Catalans have a game in hand and they still have to face Diego Simeone's men. With Real Madrid playing out a goalless draw with Real Betis, Barca, with a win can go level on points with their eternal rivals.

In their last meeting, Unai Emery's men were beaten 4-0 at Camp Nou in the first leg. But Villarreal will hope for an improved showing, considering they have Gerard Moreno, who's five goals behind top-scorer Messi's strikes so far this season.

And the key fact is, Villarreal are without a win in 27 outings against Barcelona.