Villarreal Vs Manchester United, Live Streaming: When And Where To Watch The Europa League Final- Likely XIs

For the first time in Villarreal's history, they will contest a major European final when they go up against Ole Gunnar Solskjaer's Red Devils. Catch the match details, likely XIs here 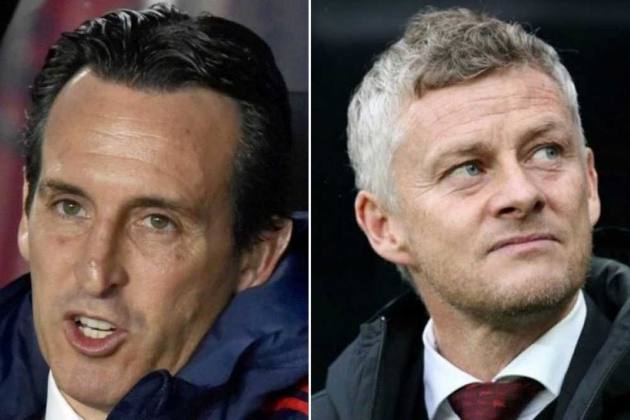 For Manchester United manager Ole Gunnar Solskjaer, winning the Europa League would mean more than avoiding another trophyless season. He's hoping Wednesday's final will be the start of something bigger. (More Football News)

Up against Spanish team Villarreal and its Europa League specialist coach Unai Emery, Solskjaer’s team is bidding to avoid a fourth consecutive season without silverware. That would be the longest drought for United since the 1980s, in the early days of Alex Ferguson’s otherwise trophy-filled reign.

"These are big nights for us. It might be the stepping stone for something better to come, a bright future because this team is a young team,” Solskjaer said Tuesday.

"It’s a team that we’ve rebuilt over the last couple of years, so hopefully this is the start of something more."

Solskjaer conceded that United will likely have to do without captain and center back Harry Maguire, who made the trip to Poland for the game but didn’t take part in pre-game training Tuesday with an ankle ligament injury. Striker Anthony Martial hasn’t recovered from the knee injury which has kept him out for the past two months.

The final will be 22 years to the day since Solskjaer scored the winning goal for United to beat Bayern Munich in the 1999 Champions League final. It was one of soccer’s greatest-ever comebacks with both of United’s goals scored in added time. Ferguson was the United manager that night and has traveled with the team to Poland for Wednesday’s final.

"I'm sure the players, if they wonder about something, can ask him and he’s always available for a chat because this is the club in his heart,” Solskjaer said of Ferguson.

United hasn’t won a trophy of any kind since Jose Mourinho’s team comfortably beat Ajax 2-0 in the 2017 Europa League final. Under Solskjaer, the team reached the semifinals of the same competition last season before giving up a 1-0 lead in a 2-1 loss to eventual champion Sevilla.

Three runs to the latter stages of the Europa League in five seasons would count as success for many clubs, but for United it’s also a reminder of the club’s failure to challenge for the bigger prize in the Champions League.

This season, United ended up in the Europa League after a slumping to a 3-2 loss against Leipzig in the last game of the Champions League group stage.

Solskjaer’s team rescued the season with a second-place Premier League finish, the best for United since 2018. For them, ideally Wednesday’s game will be the club’s last in the Europa League for some time to come.

Just being in the final is groundbreaking for Villarreal, which has never before played for a major European trophy. Coach Emery is heading into his fifth final in the competition after three consecutive wins with Sevilla from 2014 through 2016 and being runner-up with Arsenal in 2019.

Emery was fired by Arsenal in November 2019 and joined Villarreal the following July. To reach the final, Emery had to go back to Arsenal to wrap up a 2-1 win on aggregate in the semifinals against his former team.

"We have got answers from the team at some important moments of the season so we know now we have a very, very strong and robust team," Emery said Tuesday.

"Of course Manchester United can be (the) favorite, they are very good and if they play their best they can beat anyone, but we will try and find some responses against this big team.”

A win for Villarreal would delight traveling Spanish fans — each club received 2,000 tickets — at the game in Poland. It is being played with a reduced attendance of 9,500, or 25% of stadium capacity, because of the coronavirus pandemic.

A Villarreal victory would also stop an English sweep of European soccer’s top competitions, with Chelsea playing Manchester City in the Champions League final in Porto on Saturday. Villarreal is the only finalist in either competition which wasn’t part of the failed attempt to create a breakaway European Super League this season. ( With inputs from AP)