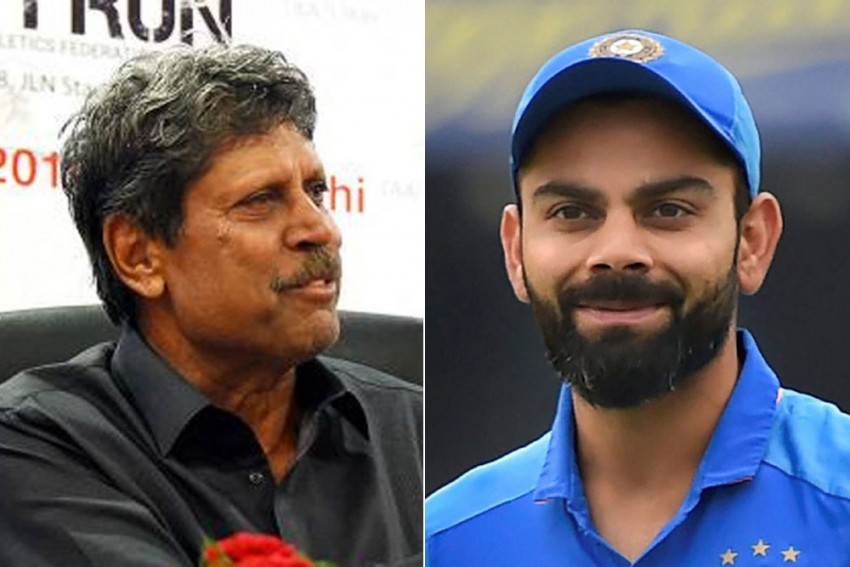 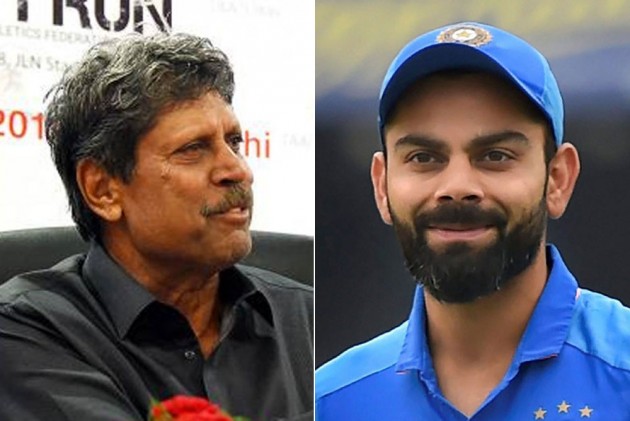 Former India opener Krishnamachari Srikkanth feels that current captain Virat Kohli can be compared with the legendary Kapil Dev, given both have tremendous self-belief and never-say-die attitude. (More Cricket News)

Srikkanth was part of the squad that Kapil led to victory in the 1983 World Cup while Kohli featured in the team that won the 2011 edition of the showpiece.

"I've played along with Kapil Dev and I've been the chairman of selection committee for choosing Virat Kohli and I can tell you, both of their attitudes are absolutely the same," Srikkanth said on Star Sports show 'Cricket Connected'.

"Both have a tremendous amount of self-belief and they know they only go out with intension to win. The never-say-die attitude in them and the aggressiveness makes them fantastic during chases and the positive attitude both of them have makes them very similar to each other."

On the same show, former batsman VVS Laxman said that Kohli never lets his guard down.

"The one thing I admire about Virat Kohli is his intensity. One thing I was worried about was whether he will burn out quickly. But not even one session or one over he lets his intensity drop and that is really commendable," Laxman said.

Kohli is rated as one of the best batsmen of all time due to his ability to amass big runs and singlehandedly change the complexion of the game regardless of the format.

The batting maestro averages above 50 in all forms in international cricket. In Tests, he has aggregated 7240 runs at an average of 53.62 and in ODIs, he has amassed 11,867 runs at nearly 60.

Tennis' 'Sholay' Moment: Leander Paes Clubs Video Of Him And Mahesh Bhupathi - WATCH It With Full Volume On