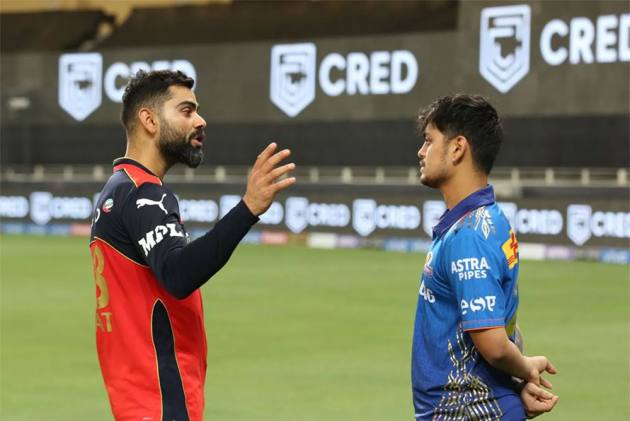 Mumbai Indians captain Rohit Sharma wants to back his out-of-form teammate Ishan Kishan and doesn't want to put too much pressure on the talent youngster who has scored just 100 plus runs in nine games this IPL season.

Kishan is also a part of the Indian T20 World Cup team and his repeated failures are coming under scanner.

"He is a talented player (Ishan Kishan). He's had a terrific IPL last year. We want to back his natural game which is why he came up the order above Surya. I don't want to put too much pressure on the guy.

"He is relatively young, making his way in international cricket," the MI skipper said after his team slumped to its third straight defeat post resumption.

Rohit knows that MI have made some great comeback in previous IPL editions but somehow it is not happening currently.

"Batters let us down. That's been something that's been happening consistently (losing their way with the bat). I have had a good chat with the batters. Those who are in (set), need to carry on.

"They kept the pressure on us once a couple of wickets fell. Need to bounce back from whatever situation we're in. We've done that in the past. Just not happening this season," he lamented.

His opposite number Virat Kohli termed it as a "10 on 10" performance.

"Maxi's innings was unbelievable. If you don't try and stamp your authority, Bumrah will get over you - that's how good he is! You have to be at your level best. I'd give it a perfect ten tonight," Kohli said.

Dan Cristian bowled one good over at the back end and Kohli was magnanimous in his praise for hat-trick man Harshal Patel.

"I went with my gut feel with DC (Christian)... With his experience and change-ups, he bowled an amazing over... What Harshal did was unbelievable."

Hat-trick man Harshal added: "I was thinking if the batters can't pick my slower balls then the bowlers also will find it difficult to spot (referring to Chahar's wicket that got him the hat-trick).

"I just bet on that. This is my sixth time being on a hat-trick and finally got one, so pretty happy."