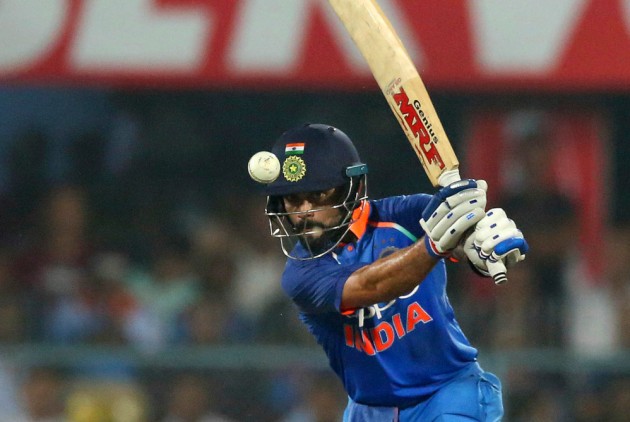 Kohli, 30, consolidated his claim to the world's best ODI batsman in 2018. He played 14 ODIs, scoring over 1,200 runs at a staggering average of 133.55. He has also notched up six centuries and three half-centuries.

And he even managed to take time off from the international schedule. In his absence, Rohit led India to Nidahas Trophy and Asia Cup trophies.

Besides, Kohli ended the year 2018 as a top-ranked player in the International Cricket Council (ICC) Test ranking.

The right-hand batsman, who attained a career-high 937 points during the year - the highest ever by an India batsman, scored 1322 runs in all.

India are currently in Australia for a complete series. The teams shared the honours in the three-match T20I series, 1-1 after the second match was called off due to rain.

In the four-match Test series, India took an unassailable 2-1 lead after their convincing win in the Boxing Day Test. Having retained the Border-Gavaskar Trophy, the Kohli-led India will start as the favourites when the two teams meet in Sydney for the fourth and final Test match. India need a draw to register their first ever Test series win in Australia.

After the Test series, India will play a three-match ODI series against the Aussies, with the first one on January 12 at Sydney.