Virat Kohli Marvels At Ben Stokes And Jonny Bairstow: The Most Amazing Batting You're Going To See!

Ben Stokes and Jonny Bairstow were the subject of high praise from India captain Virat Kohli after leading England to victory. 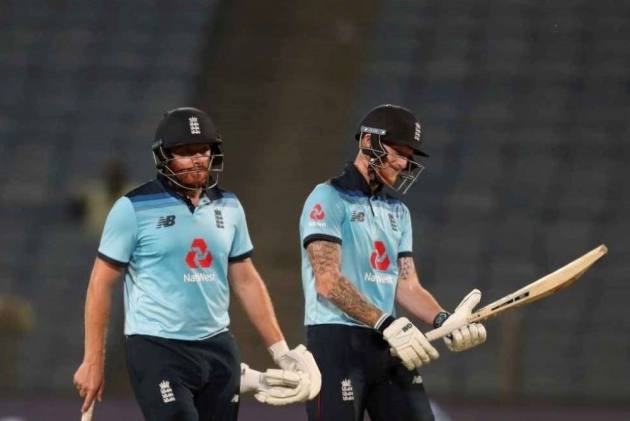 Virat Kohli had few complaints about India's performance against England on Friday, acknowledging Ben Stokes and Jonny Bairstow "blew us away".

India set England 337 to win and level the three-match ODI series, a total the tourists sped to carried by Stokes and Bairstow.

While opener Bairstow contributed 124, Stokes stole the show with 99 off just 52 balls - including 49 off the next 11 after reaching his half-century. He has averaged 56.4 over 42 ODI innings since the start of 2017.

The stand of 175 - after Bairstow and Jason Roy had put on 110 for the first wicket - saw England have two hundred partnerships in the same ODI for the first time since the Cricket World Cup in June 2019.

Although Stokes and Bairstow fell in consecutive overs and briefly gave India hope, Dawid Malan and Liam Livingstone completed a six-wicket triumph with 39 balls to spare.

"I think we set up quite a decent total on the board," said captain Kohli, who scored 66 and remains one century shy of Sachin Tendulkar's record of 20 in men's ODIs in India.

"But England found a way to get that 100-run partnership and we hardly had any chances come our way.

"I thought they batted brilliantly well tonight. Yes, we did not execute some things as well as we wanted to, but that was some of the most amazing batting that you're going to see while chasing a total.

99 - Ben Stokes reached 50 in 40 balls but then managed to record 49 runs off his next 11. Acceleration. #INDvENG pic.twitter.com/PzbtXcYVWw

"You have to give credit where it's due and tonight they totally blew us away with that partnership of Jonny and Ben Stokes.

"We didn't even have a chance, that's how good they were together and they thoroughly deserved to win."

Bairstow has 20 sixes over his past three ODI innings against India and no England batsman has more maximums against them in this format than his 26.

The Yorkshire wicketkeeper was enthused by Kohli's praise, responding: "I'll take that! It's very kind of him to say that.

"He's been one of the best players around the world for a period of time. I'm very pleased, and likewise, pleased to be striking the ball the way I am at the moment."

Bairstow and Roy now have 13 century stands together, the most by an England pairing, while no opening partnership in men's ODIs can top their average of 61.6 (from 20 innings or more).

It is certainly a role Bairstow is enjoying, as he added: "I'm happy. Since opening the batting, I've got 11 [centuries], I think I've only opened 56, 57 times.