Rizwan is the second-highest ranked Pakistan batsman in the list, only behind captain Babar Azam, who is now in third place. 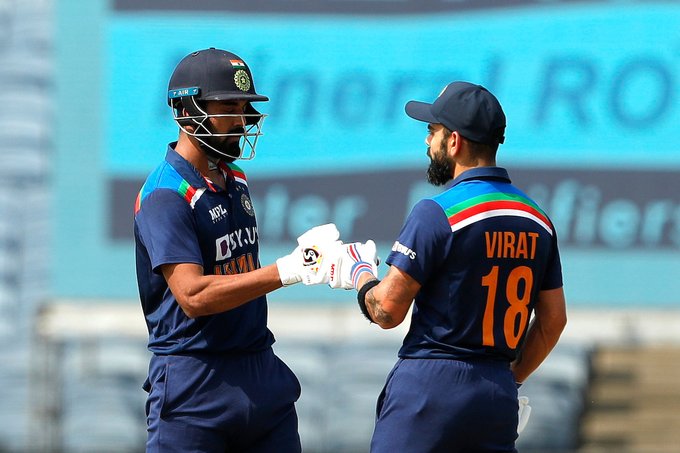 Pakistan's Mohammed Rizwan made an entry into top-10.

The 28-year-old wicketkeeper-batsman’s unbeaten knocks of 82 and 91 in the first and third matches have helped him gain five slots to reach 10th position, overtaking the likes of England captain Eoin Morgan and India opener Rohit Sharma.

Rizwan is the second-highest ranked Pakistan batsman in the list, only behind captain Babar Azam, who is now in third place.

The list is still topped by England's Dawid Malan with 892 points while Aaron Finch is placed second with 830 points.

However India has no representation in the top-10 of either bowlers or all-rounder's list.
In the list of Test batsmen, Kohli is again placed fifth while Rohit Sharma is tied seventh at the moment.

Kane Williamson is still holding the pole position among Test batsmen while Pat Cummins (908) has a significant (48 points) lead at the top among bowlers over India's Ravichandran Ashwin (850).

Among Test all-rounders, Ravindra Jadeja is placed third with Ashwin a notch below. The list is topped By Jason Holder.