Virat Kohli had recently stepped down as India's T20I captain and was subsequently removed as the ODI captain ahead of the South Africa tour. Rohit Sharma was named as his replacement. 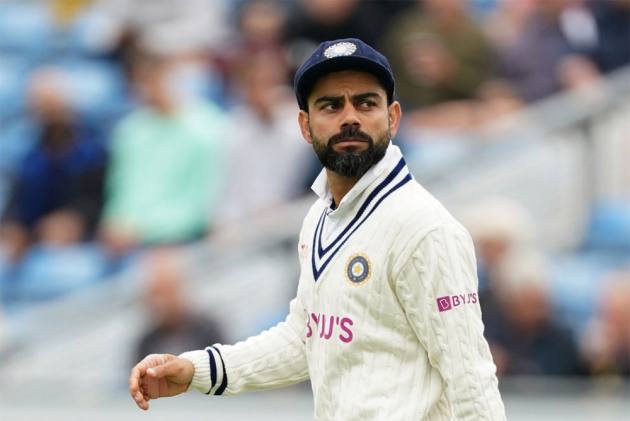 Kohli, 33, had recently stepped down as India's T20I captain and was subsequently removed as the ODI captain ahead of the South Africa tour. Rohit Sharma was named as his replacement.

READ: Wishes Pour In For Kohli After Shock Resignation

Kohli took to social media on Saturday to announce his resignation. And he wrote: "Every thing has to come to halt at some stage and for me as Test Captain of India, it's now."

"There have been many ups and also some downs along the journey, but never has there been a lack of effort or lack of belief. I have always believed in giving my 120 percent in everything I do, and if I can't do that, I know it's not right thing to do. I have absolute clarity in my heart and I cannot be dishonest to my team."

"To Ravi Bhai and the support group who were the engine behind this vehicle that moved us upwards in Test Cricket consistently, you all have played a massive role in bringing this vision to life. Lastly, a big thank you to MS Dhoni who believed in me as a Captain and found me to be an able individual who could take Indian Cricket forward."

Kohli will remain probably India's most successful Test captain. He first led the national side in Test cricket in 2014 against Australia. He guided the team to an unprecedented back-to-back Test series wins Down Under. India also became a top-ranked Test side in the world.

In 2021, India also finished as the runners-up in the inaugural ICC World Test Championship. Kohli missed the second Test against South Africa in Johannesburg. In Kohli's absence, KL Rahul led the side but India got a thrashing at the hands of the Proteas.

Kohli was recently involved in a captaincy controversy when he contradicted BCCI president Sourav Ganguly's comments in the press conference just before their departure to South Africa for the Test series.

BCCI congratulated Kohli, hailing the traits which made the right-handed batter one of the most successful captains.

"BCCI congratulates #TeamIndia captain @imVkohli for his admirable leadership qualities that took the Test team to unprecedented heights. He led India in 68 matches and has been the most successful captain with 40 wins," BCCI tweeted.

With Kohli stepping down from India's Test captaincy, it definitely creates a vacuum in the leadership role in the longest format as Rahul is still not yet ready to take the charge. Overall, Kohli steps down with 40 wins from 68 Tests -- fourth-most wins as captain in Test cricket.

But again, Rohit Sharma, who skipped the South Africa tour, was already the favourite having already given 'the roles' in the limited-formats. The announcement of Rohit's elevation as the Test captain will come sooner than later. Rahul will remain vice-captain.