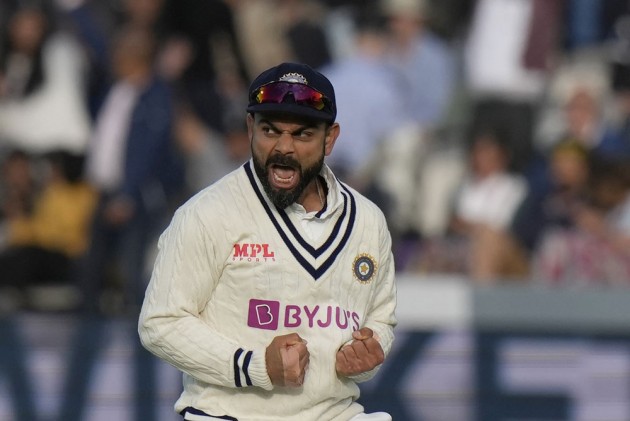 Compton's remark came after India's 151-run win over England in the highly-charged second Test match Lord's. The 38-year-old took to Twitter to remind the "abuse" he received from Kohli during England's tour of India in 2012.

"Isn’t Kohli the most foul mouthed individual. I’ll Never forget the barrage of abuse I received in 2012 when the swearing stunned me to the point that he did himself a serious disservice. It highlights what a level headed and grounded man Root, Tendulkar, Williamson et al are," said Compton in a tweet in which he also praised the level-headedness of Sachin Tendulkar, Kane Williamson and Joe Root," he wrote in a tweet which now unavailable.

Nick Compton said that he got a few words from Virat Kohli during the 2012 series. He bumped into Kohli's ex-girlfriend before the series when he was gone out for an evening with KP & Yuvi
He just chatted with her and He don’t think Virat Kohli was very happy with that

After the match, Kohli said that verbal altercation between England and tail-enders Mohammed Shami and Jasprit Bumrah motivated India to go for the win.

"Super proud of the whole team. The way we stuck to our plans after being put in. The pitch didn't offer much in the first three days. First day was the most challenging," said Kohli at the post-match presentation.

"The way we played in the second innings after being put under pressure - Jasprit and Shami were outstanding. We had the belief we can get them out in 60 overs. The tension in the field in our second innings, what happened there, helped us," Kohli added.

The third match at Headingly, Leeds is scheduled to start on August 25.