Virat Kohli said he was not aware that Rohit Sharma will replace him as ODI captain. There was no prior communication on ODI leadership change, Kohli has clarified. 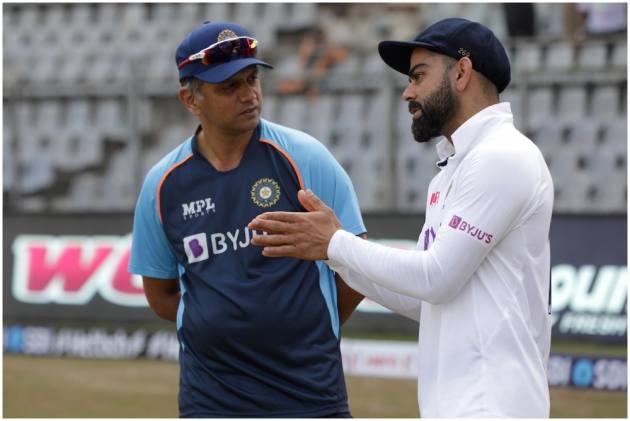 On Wednesday, Virat Kohli exposed several 'inaccuracies' in BCCI's 'communication' and style of working. In what was supposed to be a routine pre-departure media briefing ahead of the tour to South Africa, turned out to be a session where Kohli answered pointed questions on his sudden exit as India's ODI skipper. (More Cricket News)

Last week, BCCI removed Virat Kohli as India's ODI captain and announced Rohit Sharma will lead in the white-ball format. The manner in which the BCCI announced this change of captaincy looked like a knee-jerk reaction. Wednesday afternoon, Kohli said he had no clue till about 'an hour-and-a-half' ahead of a meeting on December 8 to pick the Test squad to South Africa.

First things first, Virat Kohli is available for the ODI series that will follow the three Tests in South Africa starting Boxing Day (December 26). Reports, quoting BCCI sources, indicated that Kohli will be skipping the ODIs because the dates were clashing with his daughter's birthday.

The moment it was reported that Kohli will not be playing the ODIs, it was seen as a backlash to the BCCI decision to strip him as ODI captain and make Rohit Sharma the leader.

"I was and I am available for selection. I haven't had any communication with BCCI where I have asked for any break," clarified Kohli. He hinted that the reports were motivated and written to create confusion and bad blood.

For Kohli, who in December 2020 had taken leave from the Test series in Australia to be with his actress wife Anushka Sharma for the birth of his first child, to skip an international series because of "birthday celebrations" looked out of sync. He has been a man who has always cherished playing for India. "I will remain committed for India as long as I play," Kohli has asserted.

Kohli also rubbished suggestions that the 'rift' between him and Rohit Sharma, has grown ever since the Mumbai Indians man was made the ODI captain in curious circumstances by the BCCI.

"There is no problem between me and Rohit Sharma. I have been clarifying for the past two years and I am tired," said Kolhi, who revealed how the BCCI and its selectors caught him by surprise when they decided to take away the ODI captaincy from him.

"I was contacted one-and-a-half-hour before selection for Tests (in South Africa). The chief selector discussed with me the Test squad. Before the call ended, I was told that the five selectors have decided that I won't be ODI captain anymore. There was no prior communication about this," said Kohli.

Kohli has effectively exposed BCCI's complete lack of transparency and how irrationally it can deal with an Indian captain, who not only continues to be among the leading batsmen of the world but someone who has scored 70 international centuries and is still reckoned as the man who will overtake the legendary Sachin Tendulkar (100 international centuries).

Kohli said he was always 'clear about his communication' with the BCCI on captaining India. Kolhi gave up T20 captaincy after the T20 World Cup in UAE to manage his workload but wanted to lead in both Tests and ODIs. But the manner in which chief selector Chetan Sharma knocked Kohli out as ODI captain would have hurt any cricketer with a bit of dignity and pride.

"When I told BCCI that I want to give up T20 captaincy, it was accepted really well. There was no hesitancy. I was told it was a progressive step. I informed at that time that I would like to lead in ODIs and Tests.

"The communication from my side was clear but I had also informed that if the office-bearers and the selectors don't think I should lead in the other formats then that is fine," said Kohli.

In Indian cricket, equations change very quickly. There is plenty of jealously and ego involved. Office-bearers have almost always played a big role in selection matters and presidents have backed certain favourite players even when the selectors wanted something else.

Ironically, Kohli's case comes at a time when a former Indian captain, Sourav Ganguly, is the BCCI president. Ganguly has been quoted as saying that he wanted Kohli to continue as T20 captain. It is now evident that it was more than just communication gap between Ganguly and Kohli.

Kohli's class as a cricketer can never be denied. His fans will pray that this captaincy controversy will not impact Kohli's mindset as Mount Sachin is quite a distance away. Kohli will do well to focus on his batting and keep the runs flowing. The great Sachin Tendulkar did just that.