Virat Kohli To Step Down As India's T20 Captain After World Cup 2021, Rohit Sharma Next? 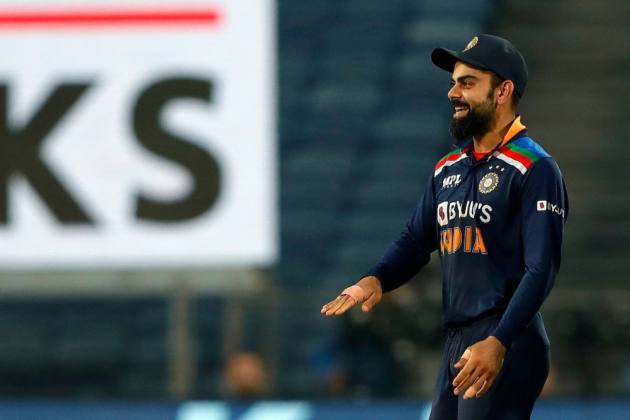 Virat Kohli will step down as the captain of India's T20 cricket team after the ICC T20 World Cup 2021 to be played in the UAE and Oman starting next month.  (More Cricket News)

Virat Kohli, who has never won a major ICC title as Indian captain, said he wanted to 'manage his workload better after playing in all the three formats for close to nine years'.

Kohli has recently been in the eye of a captaincy debate with certain circles suggesting that Rohit Sharma was the best man for the job, given his record with Mumbai Indians in the Indian Premier League.

In a social media post, Kohli said it was tough to take the decision to step down but consulted the leadership group of head coach Ravi Shastri and Rohit Sharma before arriving at the decision. Kohli will stay captain for the ODIs and Tests.

Earlier this week, the BCCI officials had backed Kohli to stay captain of the upcoming ICC T20 World Cup. Kohli has conveyed his decision to BCCI president Sourav Ganguly. Kohli took over from MS Dhoni and has led India continuously for five-six years.

"I have given everything to the team as T20 captain and will continue to do so as a batsman," Kohli said. "I feel I need to give myself space to be fully ready to lead India in Tests and ODIs," he added. Kohli remains one of India's leading batsmen.

“Understanding workload is a very important thing and considering my immense workload over the last 8-9 years playing all three formats and captaining regularly for last five to six years,” Kohli said.

India will open their T20 World Cup campaign against arch-rivals Pakistan on October 24 in Group 2 of the Super 12 stage. The Men in Blue will then play against New Zealand (October 31) and Afghanistan (November 3). However, the two other qualifying teams in the group are yet to be decided.