Virat Kohli is yet to win an ICC Trophy while Rohit Sharma is IPL's most successful captain with Mumbai Indians leading them to five titles. 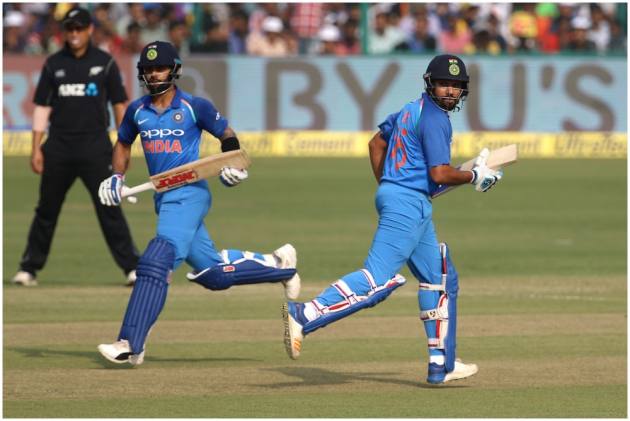 Who will be the captain of the Indian cricket team for the ICC T20 World Cup? With the tournament approaching, this has been the question uppermost on everyone’s mind. If the Board of Control for Cricket in India (BCCI) officials are to be believed, Virat Kohli is in pole position and his captaincy is safe. (More Cricket News)

After BCCI treasurer Arun Singh Dhumal backed Kohli to retain his position in the hot seat, BCCI secretary Jay Shah has now come in support of the current skipper.

The debate on who is a better T20 captain largely stems from the fact that Rohit Sharma, who captains Mumbai Indians in the Indian Premier League, has been highly successful as a skipper in the world’s most famous T20 competition. Rohit has won the IPL five times with Mumbai Indians.

Kohli, who leads Royal Challengers Bangalore, has never won the IPL and in spite of being among the world’s top batsmen, he has also not won an ICC trophy. But that’s not important for the BCCI honchos.

“As long as a team is performing while on the crease, the question of a change in captaincy doesn’t arise,” Shah has been quoted as saying. Dhumal had also spoken on similar lines after a leading newspaper wrote that Rohit was set to replace Kohli.

The decision on captaincy usually rests with the national selectors but it’s the BCCI officials who are doing all the talking now. Under Kohli as captain, India lost in the 2017 ICC Champions Trophy final, 2019 ICC World Cup semifinal, and then the ICC World Test Championship final in 2021.

The last time India won any major ICC event was the 2013 ICC Champions Trophy under MS Dhoni. India beat England in the final hit by rain.

Meanwhile, Dhoni, who retired from international cricket last year, will mentor the Indian team at the upcoming T20 World Cup which will be played in UAE and Oman between October 17 and November 14. Shah said MS Dhoni’s inclusion in the dressing room will not only help Kohli but the entire squad during the tournament.

“I am glad that MS (Dhoni) has accepted the BCCI’s offer and is keen to contribute to the national team once again. MS will work closely with Ravi Shastri as well as other support staff to provide support and direction to Team India,” the BCCI secretary had said.

Shah said that both Kohli and head coach Ravi Shastri were informed before making the decision. “I spoke to the captain and vice-captain, as well as Shastri. They all are on the same page,” he added.