If runs have dried up on the field, Virat Kohli's off-the-field relationship with the BCCI hasn't exactly made matters easy for him as the establishment's poster boy isn't now on very good terms with the big wigs of the board. 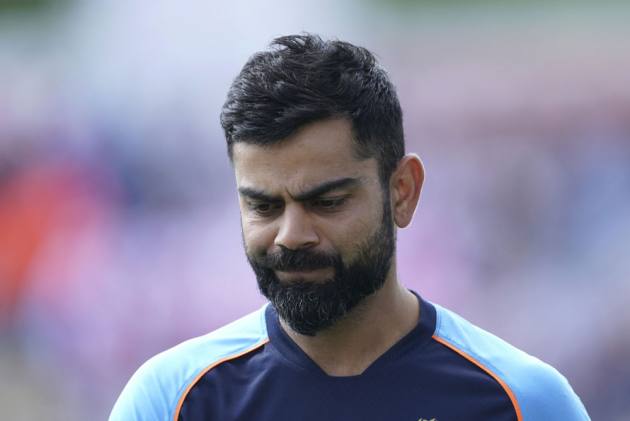 The upper back spasm that ruled Virat Kohli out of the second Test against South Africa could well be a recurrence of the slip disc problem that had stopped him from playing English County cricket back in 2018.

The Indian skipper missed out on what would have been his 99th Test match for the country on the morning of the second game against South Africa, adding to the intriguing drama that is unfolding around him on an almost daily basis now.

This was after the skipper had a good net session at the Wanderers on Sunday afternoon and coach Rahul Dravid, as is his wont is, didn't drop the slightest hint that the skipper has niggling back issues which have resurfaced after nearly three and half years.

Kohli, in fact, had posted some snap-shots of his training session where he was seen lunging forward and playing the on-drive. It was obvious that he felt fine as he went through an intense net session only to develop discomfort on the morning of the Test match.

Interestingly, his IPL team Royal Challengers Bangalore had tweeted a picture of KL Rahul with a tweet "The focus shifts to the Wanderers as #TeamIndia have a chance to seal the series."

The focus shifts to the Wanderers as #TeamIndia have a chance to seal the series. ðÂÂÂÂªðÂÂÂÂ»

Nothing wrong with the tweet save the fact that it was posted 12 noon IST, at least one hour before Kohli's injury status was revealed at the toss by Rahul, who is not a part of the RCB set-up. Although to be fair to them, it didn't mention Rahul as India captain.

Kohli having troubles with his back isn't a new thing.

In 2018, he was suffering from a condition called 'herniated disc' (slipped disc) and was advised by the doctor to not play county cricket for Surrey if he wanted to be part of the Test series after that.

The condition didn't warrant a surgery which could have ruled him out for a good three to four months.

A back spasm is a sudden tightness and pain in the back muscles. It may happen from overuse of a muscle or an injury.

In the case of Kohli, someone who is a fitness freak and pushes his body to the limits, the chances of back injury are always high and as one reaches the mid-30s, the recovery takes more time.

If Kohli recovers within a week to play the third and final Test in Cape Town it would then mean that it wasn't very serious, just like Ajinkya Rahane's hamstring niggle that ruled him out of the Wankhede Test, a day after he had a full session at the BKC Indoor Centre.

With India 1-0 up, Kohli must have wanted to play this game and get back to form which has deserted him for almost two years now.

He was seen sombrely ambling around the Bull Ring before the start of the game and looked visibly disappointed on having to miss a game.

If runs have dried up on the field, his off-the-field relationship with the BCCI hasn't exactly made matters easy for him as the establishment's poster boy isn't now on very good terms with the big wigs of the board.

So much so that someone like Dravid, who always likes a healthy distance from controversies, acknowledged that Kohli is being "phenomenal" around the group in spite of all the "noise" around him.

It was an admission that the feisty Indian Test captain is under pressure and perhaps a series win and at least one three-figure score or something close to it will remove a huge load off his chest.

Kohli would have surely addressed the media before the Cape Town Test starting January 11 had it been his landmark 100th game in the traditional format. That's what Dravid had promised on the eve of the second Test.

Once "back spasm" ruled him out of contention from the second Test, it does not exactly seem to be the best of times for the megastar, who is battling on-field issues as batter and off-field differences with the establishment.

Now it can't be said with any degree of certainty that whether he would be in a mood to take questions from media ahead of his 99th Test.

In any case, the degree of relevance between 99 and 100 is so vast, one can only wonder as to what exactly are the odds that he might not come.

But then Kohli is a non-conformist and could do exactly what nobody is apprehending him to do.

If India wins the series in South Africa, what's left to achieve for the maverick superstar. There could be some more surprises in store for cricket lovers and no one can quite guess at this point, what it could all lead to in the coming few months.