Virat Kohli will hand over India's T20 captaincy after the World Cup in October-November. Given his IPL record as skipper, Rohit Sharma, is widely tipped to succeed him. 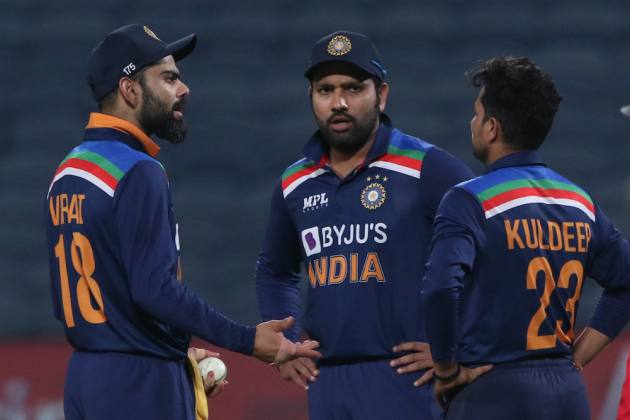 The Board of Control for Cricket (BCCI) in India has called Virat Kohli's stepping down as India's T20 captain after the T20 World Cup in October-November as part of a 'roadmap.' Among the leading Test-playing nations, the Indian cricket team had one man leading in all three formats -- T20s, ODIs and Tests. (More Cricket News)

Kohli, among the leading batsmen in the world, announced on Thursday that he would step down as T20 captain to 'manage his workload' after being at the helm for almost six years. Kohli, now 32, has been playing for India virtually non-stop for over a decade.

Earlier this week, BCCI secretary Jay Shah had backed Kohli to stay captain for the T20 World Cup when a section of the media reported that Rohit Sharma was to take over.

Former captain Ganguly said: "The decision has been made keeping in mind the future roadmap. We thank Virat for his tremendous performance as the T20 captain. We wish him all the best for the upcoming World Cup and beyond and hope that he continues to score plenty of runs for India.”

Kohli has a wonderful record as India's T20 captain. India's winning percentage under Kohli is better than MS Dhoni, who had led India to the inaugural T20 World Cup in 2007.

Although India have never won an ICC event under him, the Men in Blue have won 27 out of the 45 matches under Virat Kohli's captaincy. Two games were tied while as many were abandoned. The winning percentage is a healthy 65.11.

BCCI secretary Shah said: "I have been in discussions with Virat and the leadership team for the last six months and the decision has been thought through. Virat will continue to contribute as a player and as a senior member of the side in shaping the future course of Indian cricket.”

Meanwhile, Rohit Sharma looks to be a natural successor.

Kohli's record as IPL captain is nowhere close to Rohit Sharma's. As captain of Royal Challengers Bangalore since 2013, Kohli has never won the IPL despite having heavyweight teams under him.

Keeping the future in mind, India have quite a few young men to choose from. While Rohit Sharma looks an automatic choice, KL Rahul and Shreyas Iyer have impressed with their captaincy in IPL. Whoever it will be, Kohli will be handing the T20 baton to a capable man.